Fico: I have always perceived Zeman as an intelligent and experienced politician 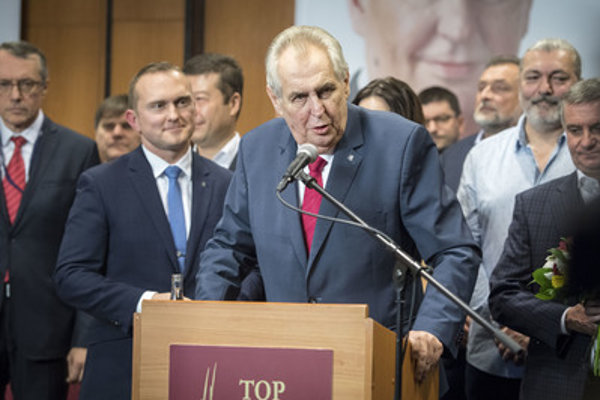 The newly elected Czech president assured his Slovak counterpart that he will visit Slovakia during his first official foreign trip as president, President Andrej Kiska said after the victory of Miloš Zeman in the recent election. He wants to spend two days in the High Tatras, Kiska said for the Sme daily.

“Dear Mr. President, I sincerely congratulate you on your re-election to the post of the president of the Czech Republic,” Kiska wrote on January 28, after the second round of the presidential election ended, as cited by the TASR newswire. “Relations between our two countries and their people have been extraordinarily close and I’m convinced that we will continue to support them together, particularly in this year of our shared important anniversaries.”

Kiska also wrote that membership in the European Union and NATO is key for the prosperity, stability and security of the two countries as well as in terms of the values both Slovakia and the Czech Republic share with their allies.

“I’m confident that we will contribute to their support in our countries, our region and in Europe together,” he added and extended to Zeman a cordial invitation for an official visit to Slovakia. “I wish you a lot of health, luck and success in your tenure.”

Prime Minister Robert Fico congratulated his friend Zeman on his re-election, too.

“I have always perceived him as an intelligent and experienced politician and I am happy that the Czech public decided to re-elect him,” Fico commented for Sme.

Another well-wishing message was sent by Speaker of Parliament Andrej Danko (Slovak National Party) who congratulated the citizens of the Czech Republic on re-electing Zeman as their president, TASR wrote.

“Elections are not to be commented on, elections must be respected, but of course I congratulate our neighbours on their selection of their president,” Danko noted, as quoted by TASR. “Regardless of politics, Czech-Slovak relations have been extraordinary for years and we set an example of how two states, two countries, can live next to each other peacefully, in mutual respect, and help each other.” 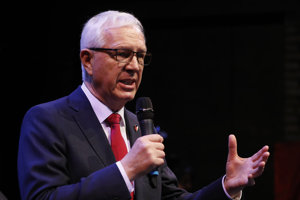 The head of the Smer parliamentary caucus, Martin Glváč (ex-defence minister), said he is glad that the elections in the Czech Republic turned out differently than the “Bratislava café” and “unbiased dailies” expected. The situation was the same after the elections in the US, he added for Sme .

The incumbent president, Miloš Zeman, won the 2018 Czech presidential race when he defeated challenger Jiří Drahoš in the second run-off round held on January 26-27. After counting ballots in 99.99 percent of election districts, Zeman won 51.37 percent of votes whereas Drahoš garnered 48.62 percent.