It is very worrying that a terrorist stayed for two weeks in the country as a Libyan diplomat, Slovak media write. 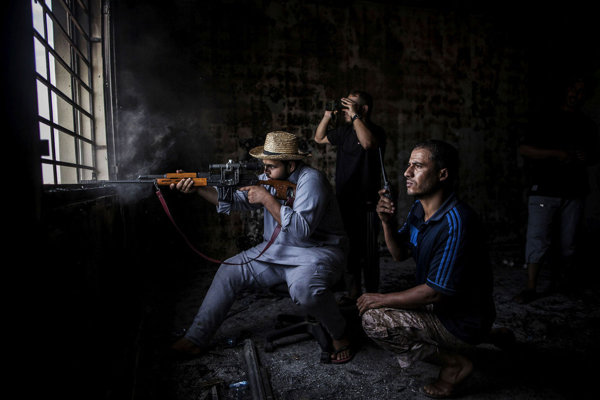 Libyan military attaché in Slovakia, Ibrahim Alemgalefta, spent two weeks in Slovakia last November. The diplomat is allegedly a top-ranking fighter of an unspecified militant group from Misurata in Libya, which is suspected of terrorist attacks on civilians, the Pravda daily wrote on January 27.

Alemgalefta arrived in Slovakia from Vienna as a diplomat and stayed here in a luxury hotel. He celebrated his 56th birthday here – on November 24 – before being detained a day later and extradited out of the country soon afterwards.

A high-ranking official of Slovak administration revealed this information to Pravda.

Slovak authorities are cautious about the case and avoid commenting on the situation. The Defence Ministry pointed to the Foreign Ministry as being the one in charge. The Foreign Ministry noted it has no competences in evaluating the security risks connected to movement and stay of foreign nationals on Slovak territory and usually does not comment on details.

The police presidium reported they would release a statement of a due department this week while the Libyan Embassy to Slovakia had a full email inbox and subsequently did not receive the request for information.

Jaroslav Naď, head of the Slovak Institute for Security, stressed that it is hard to comment on the case as there are numerous questions remaining: Was the Libyan citizen already an attaché, or one in the waiting? How did he make it through Schengen borders? Was he on some kind of list? If he is really a terrorist, why did Slovak police only extradite him?

Another security analyst, Milan Žitný, stressed that a legitimate government in Libya should not have assigned such person.

"This may be just an illustration of the real state in which Libya currently finds itself,” he commented for Pravda.

As for the question of how Slovak authorities found out about the terrorist, Žitný suggested that Libyan bodies or some allies in intelligence sources may have sent the information.