The blue and white Nitriansky Expres has run since 2006. 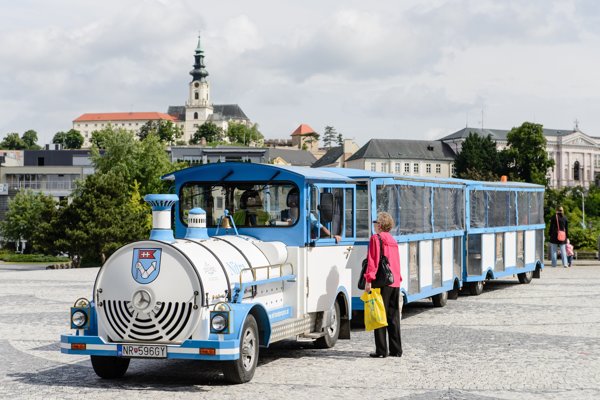 The Nitriansky Expres tourist train will no longer run in Nitra. It will be replaced by a brand-new train to be operated by the Nitra city council in cooperation with the operator of the city’s public transport, Arriva Nitra. The blue and white tourist train has run in Nitra since 2006. The contract with its operator terminated last year and the city does not plan to extend it.

“The technical condition of the vehicle is not such that it could be put into operation again,” said Igor Kršiak of the Nitra city council, as cited by the TASR newswire.

The new train, Toyota Hilux, will be delivered by the Happy Train company. Its price will be €128,000 ex VAT. The train, with one engine and two wagons, will have a capacity of 40 seats and should be in operation from April to October. In good weather, it may also run during the Easter holidays, on St Nicholaus’ day and at Christmas.

The city estimates that it will carry 31,400 passengers annually and that sales will exceed €36,600.

During the last five years the city supported the operation of the Nitriansky Expres by €7,500 annually.

The new train will have two routes, a short and a long one. The frequency will depend on the season but it should make six to ten trips daily.