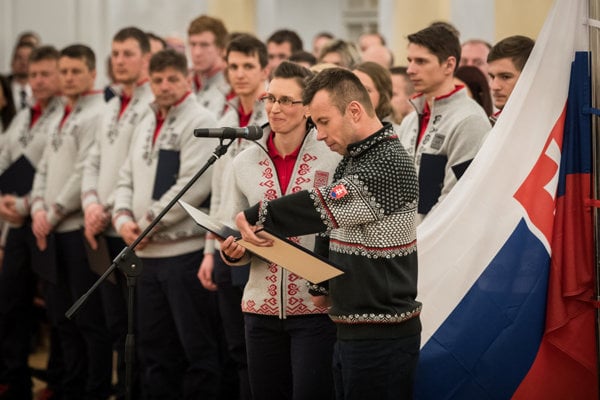 Before the Winter Olympics in Pyeongchang, the Slovak Olympic and Paralympic athletes took a joint oath before President Andrej Kiska on the afternoon of January 30 in the historical building of parliament in Župné Square in Bratislava. Thirteen out of the fifty-six athletes who will leave for the Korean Republic to represent Slovakia and all 13 Paralympic athletes took part in the ceremony, the Sme daily wrote.

What is the Olympic oath?

Cross-country skier, Alena Procházková, took the oath on behalf of her team-mates It is the fourth Olympic Games of her career but the first time she has taken the oath. For Paralympic athletes, “the standing athlete” Martin France was selected for this honourable act. General manager of the Slovak ice-hockey association, Miroslav Šatan, and coach Craig Ramsey represented the national ice-hockey players who could not come to this historical oath-taking as premiere league matches were being played on January 30.

“We will compete towards the glory and fame of the Slovak Republic, in the spirit of morality and without doping or drugs,” says the brief version of the Olympic and Paralympic oath of Slovak sportsmen and women. They recited this oath before leaving for the climax of the winter season, the Winter Olympics, taking place in Pyeongchang between February 9-25. 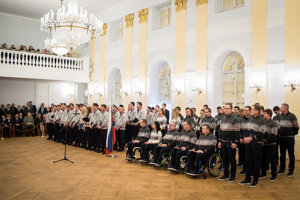 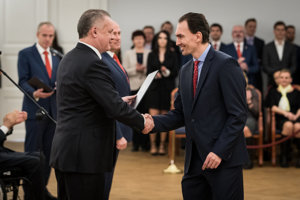 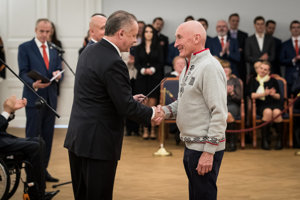