Richter: We do not open our doors wide to cheap foreign labour

Unemployment in Slovakia is at a historically low level. Districts in western Slovakia suffer a lack of labour. The cabinet plans make it easier for them to hire foreigners. 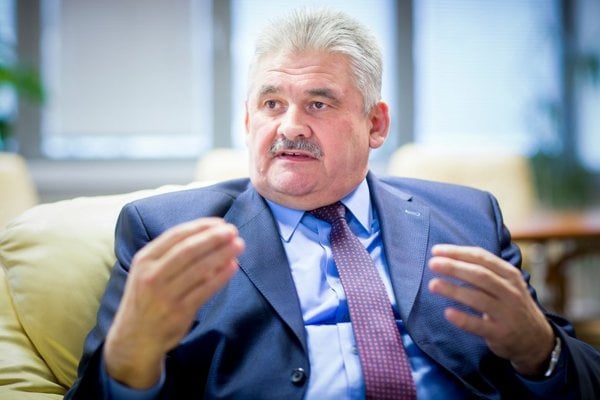 “It is important for us that Slovak employees are not discriminated against,” claims Labour Minister Ján Richter in his first interview for the Sme daily since he started his second term as minister. “For example, we cannot allow employers to opt for foreigners just because they are satisfied with lower wages.”

Sme: Rumours are spreading more and more that you will simplify access to the Slovak labour market for third-country foreigners, like Serbians or Ukrainians. Mps of your own party, Smer, have proposed that foreigners should only be allowed to make up a maximum of 30 percent of all employees. Do you agree?

Ján Richter (JR): The proposal has been prepared in cooperation with our ministry. In it, we focus on solving social dumping – so that workers who arrive here have the same rights and duties as Slovak employees.

Various multinational networks of recruitment agencies and labour suppliers will then immediately react creatively to the restrictions and measures of our government with the obvious goal of bypassing laws and especially employees’ rights.

Sme: But the anti-discrimination law already deals with these same rights.

JR: It cannot solve the whole range of issues in practice. Until now, we have been doing all we can so that foreigners can be accepted at all. Now, we are ensuring that foreigners will not be preferred to domestic workers. I suppose Samsung will take some measures soon and will rationalise production and they may even merge their facilities.

Sme: How exactly will the merger of the Samsung plants in Galanta and Voderady take place?

JR: I cannot speak much to that before they announce specific steps. In the past, we repeatedly gave approval to Samsung to import labour. I have authorised the head of the Centre of Labour to negotiate with the Samsung management over the current situation this week .

In such rationalisation measures, it is crucial for us that Slovak employees cannot be discriminated against in any way. Companies must not be able to optimise costs by preferring foreigners who are satisfied with lower wages and worse conditions.

Sme: What exactly will the loosening of the rules for employing foreigners look like?

JR: For scarce professions in districts with an unemployment rate under five percent, we will simplify and speed up the issuing of work permits. People from third countries – i.e. Serbians, Ukrainians – will be able to form a maximum of 30 percent of the core full-time employees of the company.

The limits for emplyoing foreigners

Sme: Will employing foreigners via recruitment agencies have no limit?

JR: With them, a limit cannot realistically be set , and so we will focus on audits through labour inspections and offices. We do have stricter legislation than the Poles, Czechs or Hungarians but agencies open branches in these countries and send third-country people to Slovakia. They do not even need the approval of other European-Union member states.

Sme: Is the 30-percent limit the only measure you have prepared?

JR: In no case do we want to open the doors wide so that whoever wants to may come. It would not be right or fair as we have 190,000 unemployed people, of whom tens of thousands have secondary or college education.

Therefore, we are preparing a list of scarce professions. This will be composed of several dozen professions where we will simplify the administration so that the arrival of foreigners is cut by about one half with their stays lasting for up to three months.

Another novelty will be the requirement for companies to secure respectful accommodation for the dispatched employees – which also means extra expenses but most of all the promise of not just work but also social integration.

Sme: Which professions appear to you now to fit this category?

JR: Primarily professions in the automotive industry and mechanical engineering. This is one of the reasons why this year, we have launched, together with the Slovak Automotive Industry Association (ZAP), a project worth €17 million for the re-qualification of secondary-school students. These will not be, however, four-week courses like for a fork-lift truck driver. They will last for as long as six months, and take place directly in firms.

Sme: Speculations circulate that whatever you call it, the bottom line is that the government wants to enable the arrival of 100,000 people from third countries. Is this true?