Six refugees in a cabin

Thanks God we would help those who needed in, Jan Balciar wrote years later. 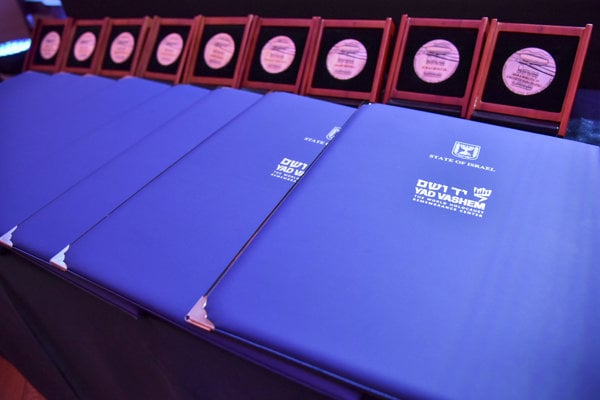 Following the Slovak uprising in August 1944, German forces occupied Slovakia and began hunting down Jews and members of the resistance. The Weisberg and Schönfeld families decided to flee from their homes in Prešov.

The Schönfelds first found a shelter with the help of Ondrej and Helena Hažer (recognized as Righteous Among the Nations in 2016), but decided to move westwards. Ľudovit Repáš, a civil servant in Prešov, provided the families with false documents, and sent them to Václav Čermák, a Baptist pastor in Klenovec. The pastor arranged a safe lodging for the two families: he sent the Weisbergs, using a new surname Vašenka, to the village of Grlica, and found a place near his home for the Schönfelds, who then used the surname of Váňa.

As the German and Slovak collaborators intensified the searches and terror, many inhabitants of Klenovec fled to the mountains. The two families stayed with pastor Čermák. Despite the increasing danger, pastor Čermák did not abandon the Jews he protected, and when Ján Balciar, a resident of Klenovec, came to warn him and suggested moving to the mountains with his family, he insisted that the Jewish families he protected would come along. Ján Balciar set out on a dangerous route to his cabin in the mountains with his own family – his pregnant wife and two children, along with pastor Čermák and his family, as well as Ignác and Margo Weissberg and their 9-year-old daughter Vierka. The following day they were joined by Imanuel and Johanna Schönfeld.

The Germans conducted searches in the area, and one day they even reached the cabin. Čermák said the reason there were so many people present was because they had all gathered for a baptism, and were unable to return to their homes because of the battles in the area.

Sometime later, a Jewish woman joined them, after the pressure on the family that had been hiding her became unbearable and forced her to leave. The six Jews stayed in the cabin with their rescuers until the end of the war.

“Thank God who protected us, my family and myself were able to help those who needed assistance”, Ján Balciar wrote many years later.