The group is also behind other harmless jokes, like creating a goodbye message to Britain. 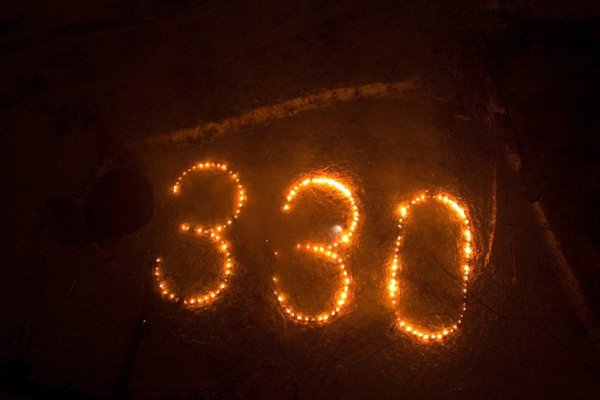 A group of fun-loving friends created the numbers “330” in fire near the pond of Hrabové near Bytča. They wanted to honour the memory of Juraj Jánošík who was born in Terchová 330 years ago, My Žilina wrote.

Participants prepared 142 log stacks during the day, each of them consisting of eight spruce logs and an incendiary device. During the preparation phase, they cooked goulash, danced and sang folk music, My Žilina reported.

“It went great. Even though this is the first time we made something like this, everything went without problems. In four minutes, all the fires were lit and we sent a message to Jánošík in heaven that we are thinking of him,” said organizer of the event Roman Grešák, as quoted by My Žilina. 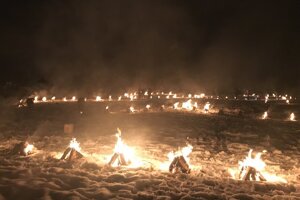 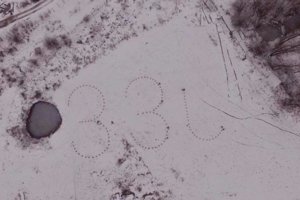 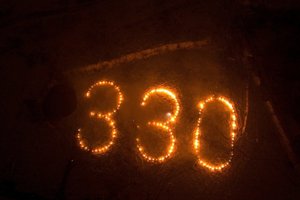 Originally they wanted to light the fires on the surface of the pond but thin ice made them improvise and set up nearby, My Žilina wrote.

“We decided to honour the most famous Slovak brigand in December. We tried three ways of lighting a fire and the one with spruce logs was the best,” explained Grešák for My Žilina.

The group consisted of ten friends and 60 more people came to the event.

“We wanted to honour someone who means a lot to Slovakia. We are a group of friends who enjoy doing funny things,” summed up Grešák for My Žilina.

Their first event took place three years ago, when they built an igloo out of ice from the pond near Bytča. One year later, they created an “I love Bytča” message that was made from food colouring on the ice of the pond.

Last year, they sent a message to the UK in connection with Brexit. The message “Goodbye” with a flag also caught the interest of the British media. 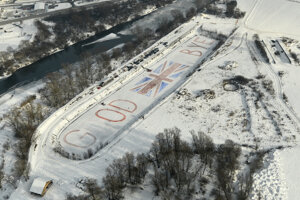 Juraj Jánošík was the captain of a gang of robbers that decided to take justice into their own hands and, according to legend, distribute money and goods stolen from the aristocracy and travelling merchants among the common people. In 1713, historical records show, Jánošík was captured, imprisoned and hung by a local court. Despite his early death, his story has lived on to become part of Slovak oral history and folk art.