Who is Smer's new general manager?

Viktor Stromček allegedly plans to leave his post at the Transport Ministry. 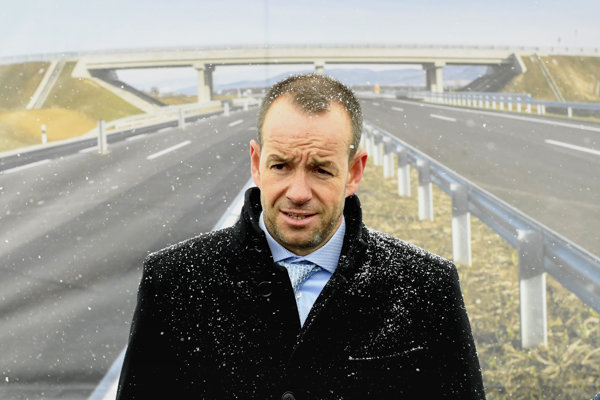 Labour Minister Ján Richter will leave the post of the ruling Smer party’s general manager. He will be reportedly replaced by Viktor Stromček, who currently serves as the state secretary at the Transport Ministry.

Meanwhile, rumours suggest that Stromček will leave the ministry and return to the parliament as an MP, the TASR newswire reported.

The Transport Ministry did not comment on the information. It only said that Stromček has not asked about leaving the post yet.

“The Transport Ministry will not answer hypothetical questions that are not part of its daily agenda,” said the ministry’s press department, as quoted by TASR.

Among the first to inform of Stromček’s intention to leave the ministry was the Sme daily. He is serving as the state secretary for the second time in a row.

Stromček is responsible for important sections that deal with railway and road tenders.

Sme spoke to several members of Smer who confirmed he is considering his departure from the ministry. It is not the first time he has mentioned the possibility, so it is not clear whether he is serious, the daily reported.

One of the reasons for his leaving might be the fact that the ministry will not deal with any big project in the near future. The projects he is currently dealing with are nearing their end.

In the past, Stromček was responsible for the project of public-private partnership (PPP) on construction and operation of the Bratislava ring road worth €1.9 billion. The agreement was signed in May 2016, Sme reported.

Other business related to the ring road, worth €350 million, concerns the purchase of the plots under the planned roads. The National Highway Company (NDS) is silent about who was involved and how much they earned on these transactions. Among the sellers were also speculators, Sme reported.

The state secretary was also supervising the arrival of Jaguar Land Rover in Slovakia which plans to invest €1.4 billion.