Hotel Kyjev will get facelift and its vicinity will be rebuilt 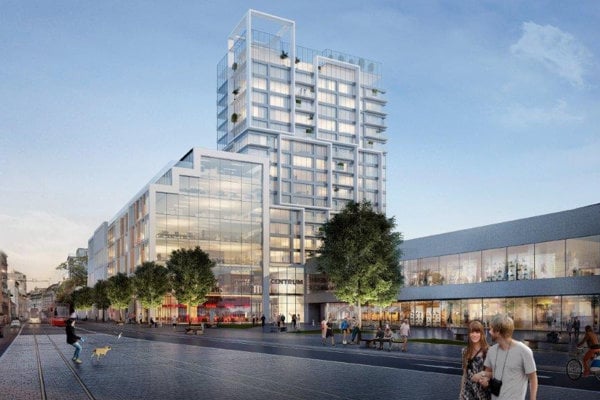 One of proposed facades of the refurbished Kyjev Hotel with a new office building (Source: Courtesy of Lordship )
Font size:A-|A+

Firstly the idea of the British developer Lordship was to rebuild all of Kamenné Square. After it failed to acquire the remaining buildings and plots or agree with their owners on a complete refurbishment of the square, it has reduced its plans. Now it just wants to focus on the hotel and surrounding plots it owns.

“After 15 years of discussions we can enliven and improve the central part of the city and give it a new, modern look,” said Rostislav Novák, managing director of Lordship, when introducing the latest plans for the Kyjev Hotel and its vicinity on Kamenné Square in late January. 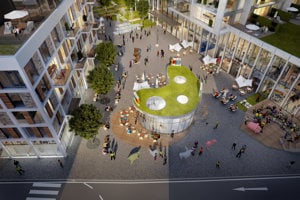 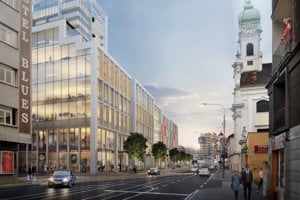 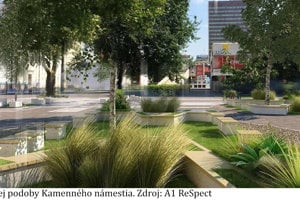 Visualisations of the refurbished Kyjev Hotel and Kamenné Square (5 photos)

Lordship plans to rebuild the hotel and construct a new building with offices and shops next to it on the current parking lot. It also plans to pull down the block of flats on Cintorínska Street flanking the existing development and replace it with new construction. Parking should go underground.

In the triangle flanked by the hotel, Rajská and Cintorínska, where there is now an unused entrance of the hotel’s underground level once used for its supplies, the developer wants to create a small square with a stand for cultural events.