The project recalling the legendary “tram” connecting the two capitals lying closest to one another in Europe, allows the Slovak and Austrian art scenes to join forces aboard trains. 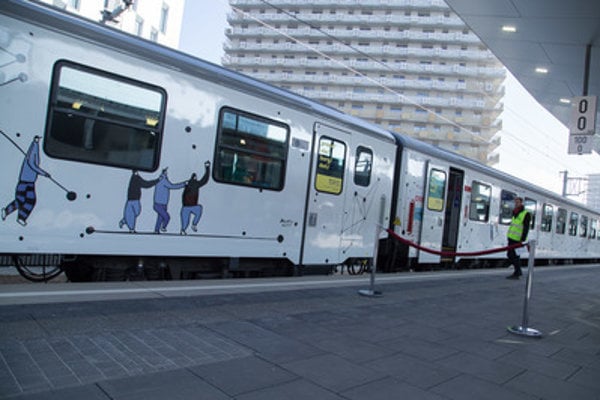 The Slovak and Austrian art scenes will come together via the TRAM project. The art will be displayed in the railway carriages of regular trains travelling between Bratislava and Vienna from February until November with the aim of “rousing passengers from the banality of the everyday and leading them towards critical thinking”. 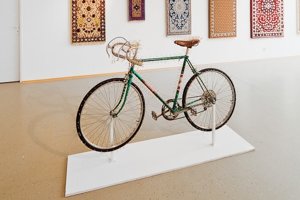 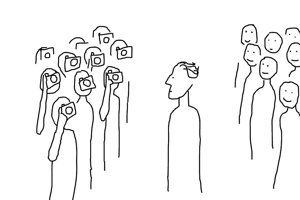 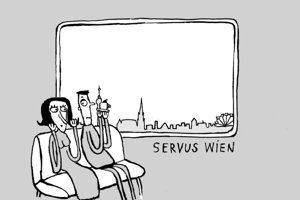 Artworks present at launch of the T.R.A.M, February 19 (3 photos)

The name of the project, TRAM, aims to remind people of the old electric tram which connected the Slovak and Austrian capitals from 1914 onwards. Vienna inhabitants travelled to Bratislava to have a coffee or to visit the opera. Bratislavans rode to Vienna for the same purpose, spokesman of the Slovak railway company Železničná Spoločnosť Slovensko (ZSSK) Tomáš Kováč informed TASR.

“The railway provided not just culture but was also an ideal means to connect people,” Austrian Ambassador to Slovakia Helfried Carl said, as cited by the organisers. “In the commemorative year 2018, the TRAM project should remind passengers traveling between Bratislava and Vienna that we have a common memory, and a common European future.”

The mission of TRAM is to support cultural mobility, but also to offer non-traditional art events to passengers, enriching them with surprising encounters with contemporary art, the organisers suggest. It should also boost the ties between the Austrian and Slovak art scenes. Artists of both nationalities were asked to create “positive obstacles” for passengers, to shake them out of the humdrum and make their train ride something special, according to the curator of the project and head of the Curatorial Studies Institute, Juraj Čarný.

What is planned for the TRAM project

Not just the interior and the contents, but also the exterior of the “art train” will be changed by the Train Cover Project, created by Polish artist Marta Kopyt.

TRAM will bring provide exhibitions of contemporary art, a music festival performed by buskers, a theatre festival or a festival of performance, as well as debates, presentations and lectures, including non-hosted debates between the passengers.

Presidents meet on the train

The two presidents signed the train’s carriages and agreed that the project is a symbolic expression of the friendly relations and strong ties between Austria and Slovakia.

Forging even closer bilateral ties, the position of the Visegrad Four (V4) Group (the Czech Republic, Hungary, Poland and Slovakia), its perception in Austria and Austrian family benefits were issues discussed by both presidents. 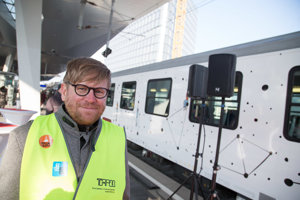 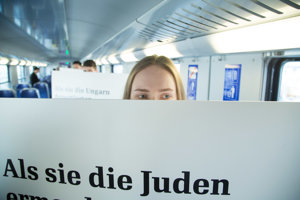 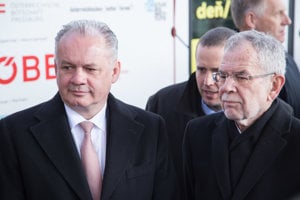 The presidents also touched on the Austrian government’s plan to cut benefits for the children of foreigners working in Austria when the children live abroad.

“In terms of indexing family benefits, we consider it unfair to have people working in Austria and contributing to its social system without being able to enjoy the same benefits of that social system,” Kiska said, as quoted by TASR.

The project was initiated by the Austrian Embassy in Bratislava and implemented thanks to cooperation between Slovak and Austrian rail companies.