The bus runs during weekends and holidays 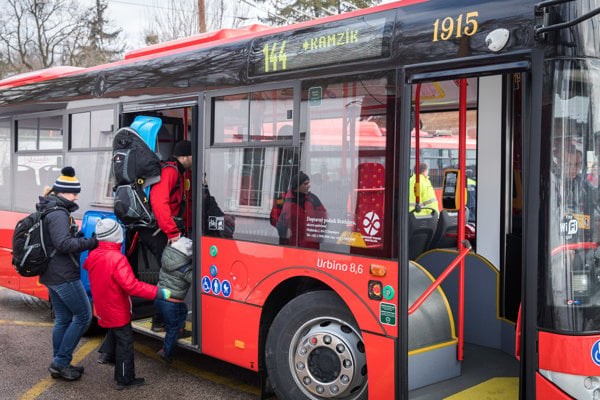 Kamzík, the popular recreational resort over Bratislava, is now more accessible to citizens and visitors to the capital. On February 10th, the Bratislava Transport Company (DPB) in cooperation with Bratislava city council, launched a new bus route, the Nr 144, connecting the borough of Koliba and the Kamzík resort. It runs during the weekends and holidays from the trolleybus terminal in Koliba up to the Kamzík TV tower.

The city wants to make transport to the recreational resort easier and this new service should facilitate this aim.

“We believe that the new route will appeal to people and that they will leave their cars at home and use public transport to go out into the countryside instead,” said Bratislava Mayor, Ivo Nesrovnal, on February 10th during the launch of the route.

The bus runs every 30 minutes on Saturdays and Sundays and during holidays, from 9:00 until 17:00. The journey takes five minutes.

The route is currently being given a three-month trial. Afterwards the DPB will assess the popularity of the service. If there is interest, the DPB may shorten the intervals between buses, said DPB director Milan Urban.