After a period (this time hardly more than a month) of balls and entertainment, forty days of ritual fasting, called Lent, starts for Christians on February 14 this year. 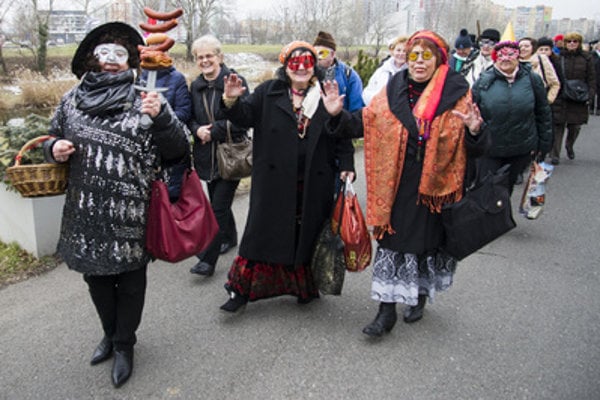 Preparations for Easter include a ritual fasting that lasts for 40 days in Christianity as well as other religions. It is a symbolic penance preceding the big holiday, the SITA newswire wrote on that day. 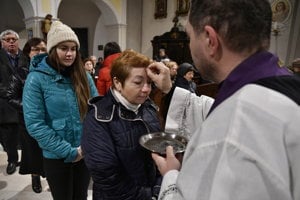 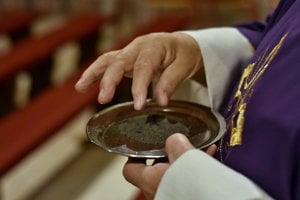 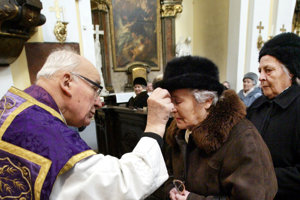 In the Roman Catholic Church, the preparations start on Ash Wednesday, a moveable feast like Easter itself, falling on February 14 in 2018, the Wednesday in the seventh week before the Easter. On this day – a day of strict fasting and abstaining from meat, a priest or deacon makes the sign of the cross with ash on the foreheads of believers, saying “Remember that you are dust and to dust you will return,” or “Repent and believe in the gospel!” This act explains the difference between strict fasting on this day, and that on the Easter Friday: the first one is fasting as penance for sins committed, while the second one is fasting mentioned by Jesus: "How can the guests of the bridegroom mourn while he is with them? The time will come when the bridegroom will be taken from them; then they will fast.” (Mt 9, 9).

A bit of Christian history

The ritual of placing ashes on the foreheads of Christians the first day of Lent dates back to the 8th century AD, SITA wrote, citing religious officials. Meant originally just for great and public sinners who started their penance on this day, it later expanded to the other faithful and became a general symbol of decision to start penance. By the 10th and 11th century, it was already firmly established in many regions of western Europe, and the Benevente Council in 1091 introduced it for the entire church. The dusting with ashes was replaced with a mark on the forehead.

In the time leading up to Lent, the period of fasting before Easter, events organised across Slovakia revive old folk traditions in many palces. A host of Carnival/Shrovetide events take place between the Epiphany and Ash Wednesday. In the local culture house, where the processing of feathers took place, traditional meals were served using the recipes of grandmothers. In Pavlovice, sweet corn used to be cooked during winter and was put into water to soften and swell, to be made into a sweet dish later.

A traditional Shrovetide pig-killing was organised in many localities around the country.

On the Tuesday before Ash Wednesday, the Fasching, or Carnival season, ends with the ritual “burial” of a double bass, drum, or other musical instrument. Pre-Christian figures like Death, Ghosts or Winter are part of a parade that goes around a village or a town borough. This tradition is still observed nowadays in many regions of Slovakia, the TASR newswire wrote. The habits and rituals may differ form one village to another, though. 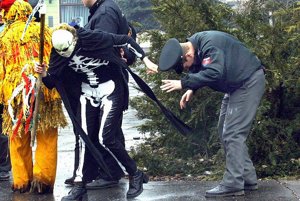 Since Easter is a moveable feast, so is Ash Wednesday, and thus the last day of Carnival. Easter sometimes falls at the end of March, so then the Carnival period is short. Other times it falls at the beginning, mid- or even end of April, depending on the first spring full moon (after the beginning of the astronomic spring). 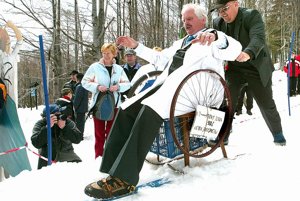 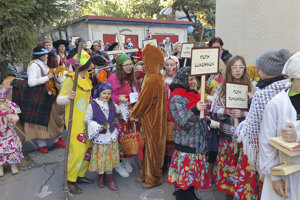 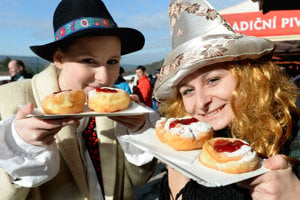 For Roman Catholics, Evangelical Protestants and other Christian believers, Ash Wednesday marks the beginning of Lent, i.e. a fasting period of 40 days that lasts until Easter Sunday, i.e. April 1 of this year. Ash Wednesday reminds believers to keep in mind the importance of penance, deepened faith in God and love for their neighbours.