What about making our voices heard? And not only in itsy-bitsy interviews about traditional cuisine and the High Tatras. 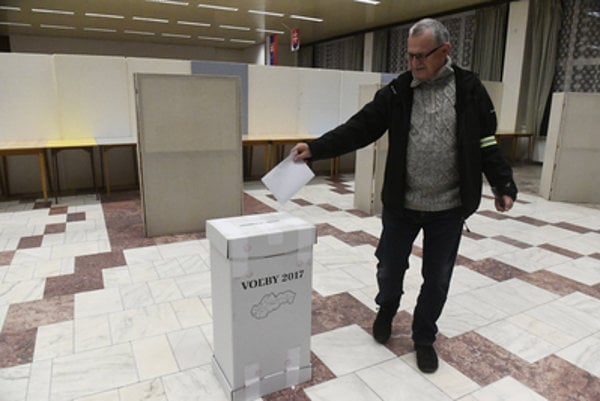 In November, municipal elections take place in Slovakia and foreigners with permanent residence can vote too. (Source: TASR)
Font size:A-|A+9

In January, the number of foreigners' applications for residence permits in Slovakia grew by 37 percent year-on-year, read a flash news item on Monday. I already knew about this “massive increase” as the head of the Slovak Foreigner's Police Ladislav Csémi called it in an interview for my radio station earlier in January. In fact, this increase is so massive that his employees can’t cope with it. Csémi says the departments are understaffed by about 30-40 percent.

Labour market analysts had been saying for years that Slovakia needs a foreign labour force so you could argue that police could have planned their resources better. Or as many listeners said, police could hire civilians to handle the registration procedure while police officers deal only with those operations that have a potential criminal aspect such as fake identity documents or human trafficking. Listeners mentioned neighbours Austria and the Czech Republic as countries where civilian clerks deal with foreigners’ registration.

I think that at least in Bratislava it will be a problem to find good quality candidates to fill these administrative positions for a very simple reason - wages. Somebody with at least a secondary school graduation and good command of a foreign language can easily find a better-paid job in Bratislava. In addition, there is no guarantee that a civilian employee would be more customer friendly than a police officer.

There is no question that mentality plays a big role in the way the Slovak authorities deal with foreigners. Even news about increased foreign labour force was quickly linked to the story about the police and the labour inspection raiding a construction site in Košice to catch illegal workers from Moldova and Ukraine.

Read more articles by the topic
This article is also related to other trending topics: Election, 2018 local elections, Foreigners' Police