Four investors have shown interest in buying the castle ruin. 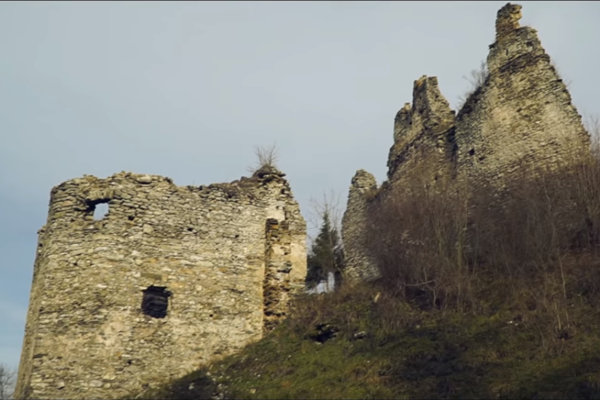 The remains of Sklabinský castle in the north of Slovakia have been on the market for several weeks now, as real estate agent Lukáš Majerčík confirmed for the My Turiec portal. The price starts at 250,000 euros, meaning 26.04 euro per square metre of land, including the castle.

“Four potential buyers have contacted us so far, two from abroad and two from Slovakia. We are preparing a tour at the end of the month,” said Majerčík for My Turiec. 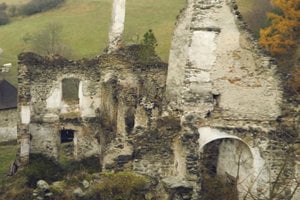 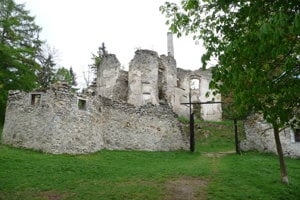 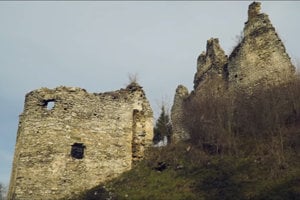 The advertisement selling the castle appears also on a Slovak discount portal. The ad says that the castle is for sale for the same price of a 4-bedroom flat in Bratislava.

“Ten out of ten kings recommend it,” declares the ad, with dragons photoshopped into pictures of the castle. Before contacting the broker, potential buyers should prepare his or her title of nobility for verification, jokes the ad.

In the reality, the new owner does not have to be of noble blood. The current owner of the castle is a businessman from Kysuce. He wants to sell it because of family issues, reported My Turiec portal.

The village Sklabinský Podzámok, the closest village to the castle, used to own a share of the castle, however, it sold the share two years ago due to finances.

“We had no money for castle renovation. If we had tried, it would have been at the expense of citizens of the village and ordinary life,” said Božena Drobková, mayor of Sklabinský Podzámok, for My Turiec.

She added that she would be happy if the new investor would at least try to preserve the current condition of the castle.

“The castle is still visited. After reconstruction, it could influence tourism positively,” opined the mayor.

Sklabinský castle looks more like a ruin now and entrance to the site is at one’s own risk. It was built in the 13th century; the first mention of the castle is from the year 1242. After 1320, it became the seat of the county administration of Turiec. In 1630, the family of Révay adapted it and built a Renaissance manor house in the courtyard.

Fascists burnt it down at the end of WWII and it has fallen into disrepair since then. Sklabinský castle is a national cultural monument. Volunteers have tried to partially preserve it in the last few years.