Slovak journalists admit they were often afraid but hardly any of them thought their adversaries would dare kill a journalist. 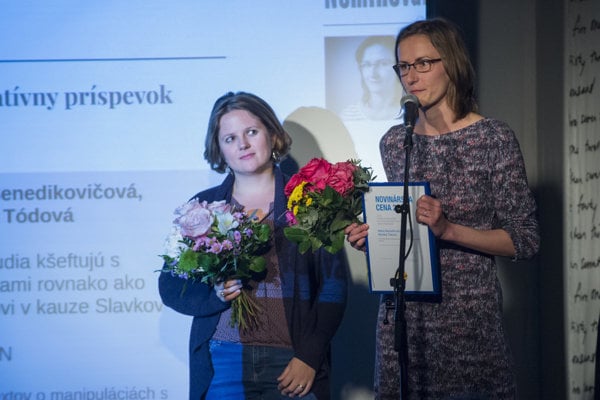 Slovak investigative reporters are used to threats and blackmail. Things get worse when they are physically assaulted or their cars are burnt.

The news about the murder of their colleague Ján Kuciak has left them shocked. They say journalists have so far had to face lawsuits for their work, not shotguns. 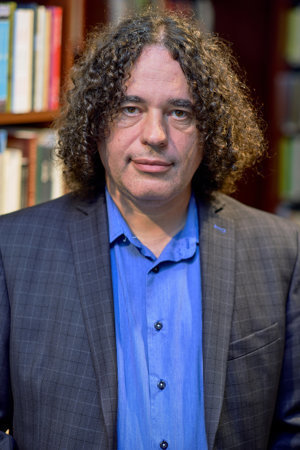 We were all startled and I think even he did not count on anything like that. This removed two psychological barriers. For the first time in Slovakia's history a journalist was killed. Secondly, he was killed along with his partner. Not even the mafia used to murder each other along with their families. That is a Moscowian signature. Now we will see if Andrej Kiska was right, whether we a mafia state. We will see how the state will handle this case.

There were situations when I feared for myself or my close ones. I can even say that I had lived in fear for ten years due to my work. Everybody who does this job knows this fear and has to learn to live with it.

I experienced an assault in the toilet of one bar, when a man approached me, broke my face, broke my ribs, and without a single shout or a single word walked away. It was a professional job.

This kind of life has an impact on a person. At the time when I was receiving threats, it happened to me that two people wearing jogging suits and leather jackets followed me, one of them even put his hand under his jacket as if to reach for a gun. I almost soiled my pants, and if I had been armed, I would probably have tried to fire the first shot. But it turned out that the man was reaching for his police badge and he introduced himself as a member of the criminal police. He only needed to check on a banal incident that had happened near my home. 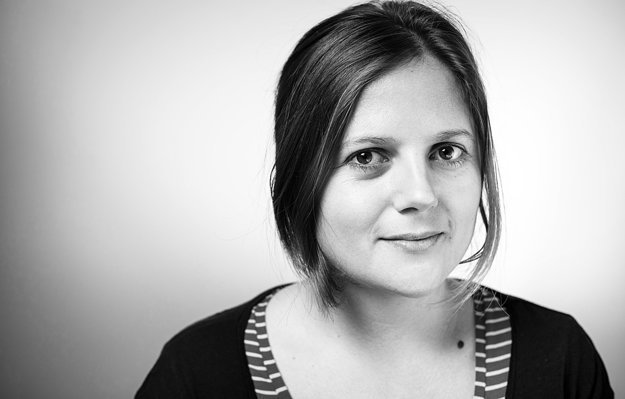 This murder is a shock for me and for all journalists in Slovakia. None of us probably thought that a journalist could be murdered here for doing his job. We thought we only risked a lawsuit or a police hearing. These things happen in the eastern countries.

I knew Ján as a young and very clever journalist with enthusiasm for his job. He was a very decent, ordinary person, who liked to go in-depth, recently for instance to uncover the structure of tax fraud.

It started back in 2016 with the Bašternák case and the first suspicions that there are chosen people in Slovakia who face no consequences when they commit tax fraud despite the fact that the tax authorities are aware of it. 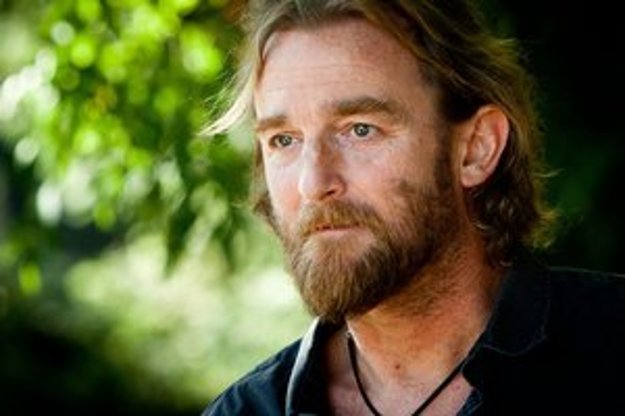 journalist, writing for the Sme daily

I have known Jan Kuciak since 2012. He wrote me after the Gorila case broke out, to support me and to say that he would also like to do this job. He was often very generous and would send me tips. He saw it all as a fight for the right thing rather than a fight between journalists. His death surprised me just like the murder of [a known lawyer] Ernest Valko did.

But I thought it might not be like with Marián Kočner and with Ladislav Bašternák, the way some media are alleging now. These people have been doing business in Slovakia for 20 years and there has never been a murder.

Ján worked on information that we have had for a longer time, about Italians suspected of stealing EU funds here. This could be a trace. Information that comes from 2015 is probably from the secret service SIS and there is no doubt that the Slovak state bodies do have information about these frauds. These Italians were so self-confident that they publicly supported the politics of Smer on their Facebook page.

If there is any proof of links with them, I do not see how some politicians could continue working. On the other hand, there have been many scandals linked with Smer in the past and they went on.

When I worked in Slovakia in the past, I feared for my life several times. I would also ask myself if I weren't getting paranoid, but that is probably part of the job. I would also discuss with my then wife if it made sense to write about such things when one has children. But I would always console myself that journalists do not get murdered in Slovakia.

My current wife is telling me to stop it. 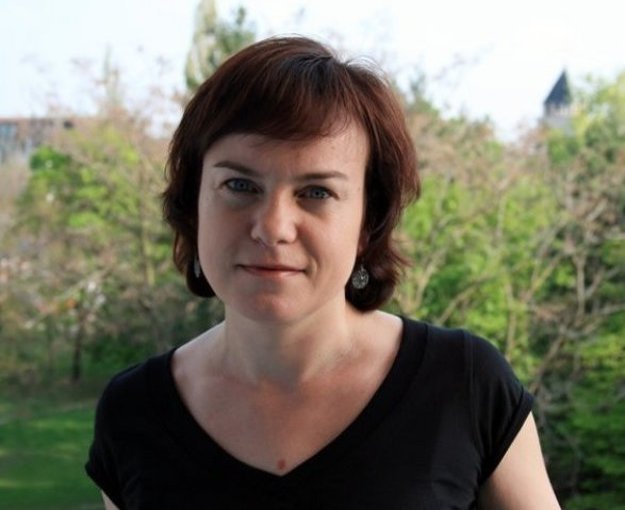 Ján Kuciak was my friend, we worked on several topics together. He did not care about exclusiveness, but mostly bringing scandals to the end. He was happy to share his information and help others. The last documents I gave him concerned the VAT returns of businessman Marian Kočner. He was able to find links in them that I would overlook, he had a great sense for detail. He probably found something big now and that is why he became the victim of a contract murder.

I am very sorry about what happened and I think the negative mood towards journalists comes from above. About half a year ago, Interior Minister Robert Kaliňák belittled the threats that Jan reported to the police and filed a criminal complaint. When politicians belittle the work of journalists and their social status drops, the social protection of journalists drops too. But I would never think that it could reach the point when I would have to attend the funeral of my friend.

I have experienced several threats, but I never paid much attention to them. When I was writing about the series of VAT frauds that concerned several VIPs, my car did catch fire under peculiar circumstances. I did not report it to the police, I rather blamed the heat and the overheated engine. Now that I see what happened to Jan, I would probably treat it differently. Later on, the car of one of my sources who provided me with information about these topics also burned. 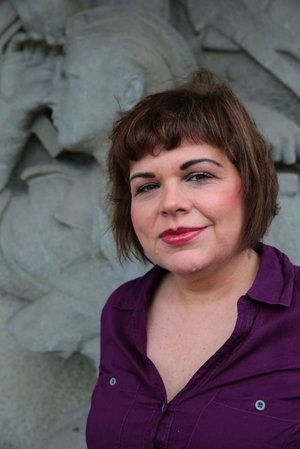 I have followed the work of Ján Kuciak and I met him once. He also wanted to report on people from the underworld. When I learned about his murder in the morning, I could not believe it could be connected with his articles. I instead assumed it was a robbery.

When the police admitted it was probably linked with his work, I was surprised. Ján Kuciak filed a criminal complaint in September about blackmail. Then I was surprised that the police let ordinary officers from a regional department deal with the case. It is in line with the law, but the police could have been more thorough and forwarded the case to a department with operatives.

I was a victim of blackmail and I also filed two criminal complaints. Another case was the preparation of the murder of a prosecutor and the suspect talked about me, so they heard me as a witness. Both complaints were dismissed. The prosecutor argued when dismissing one that I was a journalist writing for a publishing house that also publishes a tabloid newspaper. I write about first-degree murders so I have to bear more criticism. I have been complaining about the methods of police officers but to no avail. 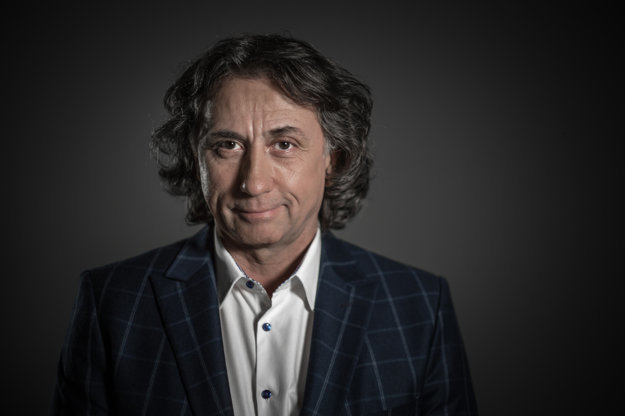 It is terrible what has happened. Even though it is being presented as a single case in Slovakia, it is probably part of a wider context. There is a general feeling that justice does not exist for all. Journalists who point it out get called various names. Politicians narrow down the space for their critics and tabloid and manipulative journalists are put forward. This is also seen from the power-related changes in RTVS and the cancellation of the Reportéri investigative show.

I have felt fear as a journalist several times. On the other hand, I have never been a target of extreme attacks. It is probably due to the fact that as a journalist I have never dealt with big economic crimes. Also, when I worked out in the field, aggressive people always saw that there was a camera there and that discouraged them from assault.

Thank you for singing up. Shortly an email will be sent to the address you provided to verify your e-mail.
Error! Please try to register again later, your e-mail was not registered.
Your email is not in a correct format.
Please confirm you are not a robot.
Share on Facebook (74)