Radičová: You cannot handle murder with an appeal

In an interview, former prime minister Iveta Radičová claims that she does not expect any resolute stance from the Most-Híd party. 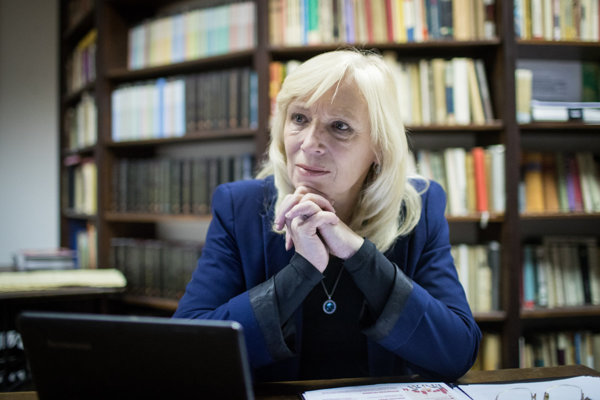 Sme: How do you perceive the recent events?

Iveta Radičová (IR): This is no easy question. It is crucial to state why we have achieved this state of matters and current atmosphere in society. We are now focusing on enormously brutal, premeditated murder which is probably the last straw for all institutions and politicians as well as citizens; it has shaken us. When you sow hatred and create permanent enemies, you reap hatred that has multiplied itself.

Sme: What do you mean?

IR: If I first summarise all journalists in a brutal and indecent way, and if I want to reduce their trustworthiness in society, I create space for alternatives which vie for trust. But these alternatives are often extremists, as they follow the path of hatred and anger.

If we continue to live by the phrase “the need has not happened”, if police and investigation bodies use cases as boulders, this results in declining trust in institutions which should be primarily responsible for security in society, be it government, the judiciary, or police.

Sme: Does this mean that we cannot feel safe in Slovakia?

IR: If we talk about human rights, about citizens feeling satisfied here, we can choose two ways how to approach the existing violence in society. I am talking about the Istanbul Convention. You can approach it as a politician and say that you need to stop violence and embrace the notion that we can prevent such violence from happening in society.

And if there are any representatives of the Catholic Church who have some reservations, we can always use the clause of objection which complies with the Constitution.

Sme: And what is the second way?

IR: You stand up with a torch in your hand, and you announce that you will never ratify anything like this, as the marriage is threatened, and so on. This is about the style of politics, about creating an enemy, causing a growth in mistrust, splitting and polarising society which gradually grows into demonstrations of brutal violence.

Sme: Culture Minister Marek Maďarič resigned because of the murder of Ján Kuciak. Isn’t it strange that it was this minister?

IR: We are speaking here about cultural character and cultivation. Democracy isn’t about the existing institutions in the first place, but rather about the way these institutions behave. It is about what values you bring to society, especially cultural values. In such a situation you cannot pretend that nothing happened and handle it by appealing to citizens to let police and investigators do their job in peace. In this context, I understand the minister’s decision.