President Kiska has called for government reshuffles or early election. 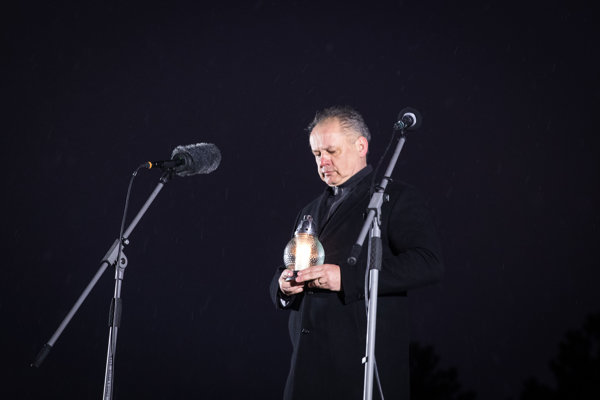 President Andrej Kiska met with Prime Minister Robert Fico on March 4 to discuss the current situation and moods in society following the murder of investigative reporter, Ján Kuciak, and his fiancée, Martina Kušnírová.

“Unfortunately, it turned out that our opinions differ regarding the solutions, so I decided to give my statement now,” Kiska said following the meeting. “The last thing we need is a political theatre in television.”

He referred to the planned speeches of both Fico and Speaker of Parliament, Andrej Danko, at the public-service broadcaster RTVS, scheduled to take place on March 4 after the primetime evening news.

The president went on to say that the distrust towards the state is huge. He thus asked people to trust investigators. He believes the murders will be clarified.

“I have been waiting the whole week for the government’s decision, but it seems no solution will be offered,” the president said, adding he plans to discuss with the parties how the public trust in the state might be improved.

He sees to two possible solutions: either the fundamental government reshuffle or early elections. It has been exactly two years since the last election took place.

The call for early elections is a denial of the parliamentary elections results. He says the president is joining the opposition.

“We’ll not dance on the graves of two young people,” Fico concluded.

In response to Kiska's speech, Danko cancelled his speech for RTVS. He called on politicians not to abuse the situation. He is ready for talks with the president and the prime minister.

Only Fico spoke for the public-service broadcaster

In the end, Fico was the only one to speak at RTVS.

If it is confirmed that the motive for Kuciak’s murder was his work, it will mean it was an attack on democracy, he said.

“We’ll draw any political consequences after we learn about the nature of this brutal act,” Fico added.

The prime minister reiterated that there are certain politicians who are not searching for the culprit because they have already found them.

He repeated Kaliňák’s claim that the Slovak police are cooperating with their Czech and Italian colleagues, as well as the FBI and Scotland Yard. As he stressed, casting doubt on the Interior Ministry’s work does not contribute to the investigation.