The SNS is not clear of links with Vadala

The Aktuality.sk news website reports that Ján Hoľko of SNS, a top official at the Defence Ministry, has collaborated with Antonino Vadala. 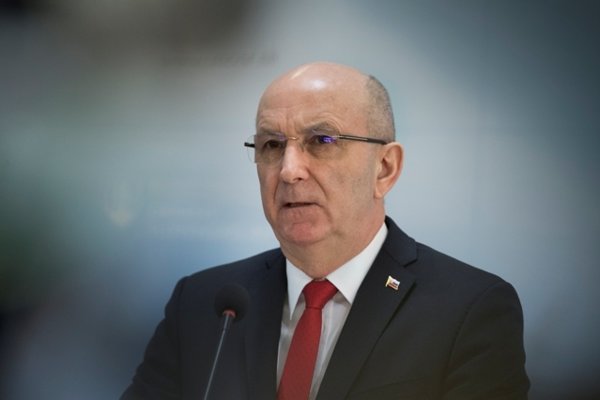 Links to the Vadala family, Italians who live in Slovakia and are alleged to have contacts with the Italian Mafia, exist not only within Smer but also within the SNS. The party and its leader Andrej Danko have kept a low profile over the past week, not making any big statements until Sunday, when Danko gave an official statement calling for an investigation into the murder.

Meanwhile, Aktuality.sk reported that the company owned byJán Hoľko, who is considered Danko’s right-hand man, had contacts with Antonino Vadala who is suspected of links with ’Ndrangheta and was the man featured in the last article by the murdered journalist Jan Kuciak. Hoľko is the head of the service office of the Defence Ministry which belongs to the SNS within the coalition agreement.

Hoľko, however, defends himself and claims he currently has no real ties to Vadala, Aktuality.sk wrote, adding that apart from being a shadow defence minister, Hoľko is also considered to be close to the SNS chair and Speaker of Parliament, Andrej Danko.

On March 5, spokesperson for the Defence Ministry, Danka Capáková, published a statement explaining Hoľko’s position in regard to this case without him having been publicised in connection with it.

In his statement, Hoľko ruled out friendly relations with Vadala, hinting, however, that they were not strangers in business. “The Sofos company (i.e. the firm in which Hoľko was chairman of the board) was cheated and defrauded by the company of this gentleman when buying computer technology. The claim from the firm of this gentleman was collected by Sofos, and goods were returned,” Hoľko wrote. He also added that he currently has no contacts with Vadala. However, he did not rule out that things might have been different in the past.