UPDATED: PM: I will not allow anyone to badmouth Slovakia

Prime Minister Robert Fico repeated his assault on Kiska after his lunch with ambassadors of EU countries and the US. 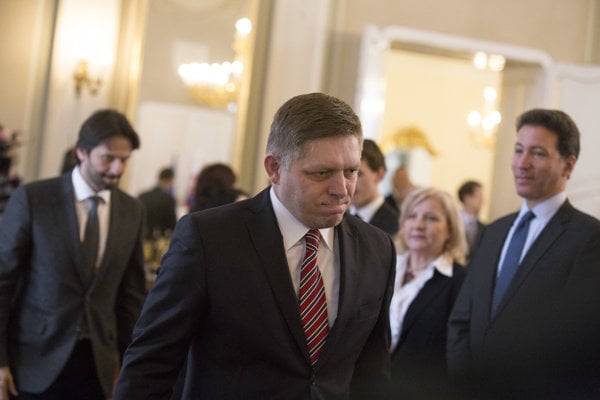 PM Robert Fico (centre) and Interior Minister Robert Kaliňák (l) had lunch with the ambassadors from the EU countries and the US on March 6. (Source: SITA)
Font size:A-|A+70

Slovakia is and remains a free country, but it faces an attack against its democracy and statehood, Prime Minister Fico said to Slovakia following his March 6 lunch with the ambassadors of EU countries and the US.

"My government has always respected freedom of speech and never put any limits on it," Fico told journalists following the meeting.

"From one day to another we have become a country that was no longer a positive example," Fico said. A one-time excess became an excuse for some to depict the country as a state where journalists are murdered and kidnapped on a daily basis, he said.

Fico again mentioned Kiska, accusing him of using the murder of two young people to assault the government. The prime minister repeated all the accusations from the previous days, including his suspicions of a conspiracy taking place in Central and Eastern Europe. Fico believes such a conspiracy is linked to George Soros, and Kiska is a part of it.

"Suddenly they have a story they want to use to bring down this government," Fico said about the opposition, counting Kiska among them. 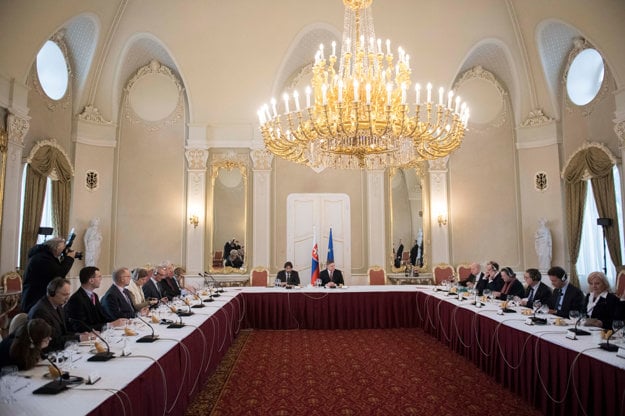 PM Robert Fico and Interior Minister Robert Kaliňák met with the ambassadors from the EU countries and the USA at lunch on March 2. (Source: TASR)

Kiska: We need a government that does not polarise the country

It is important now to restore trust in the state, its representatives and justice, said Kiska during his work trip to Tvrdošín.

“This is what we need to focus on now,” he stressed, as quoted by the SITA newswire. 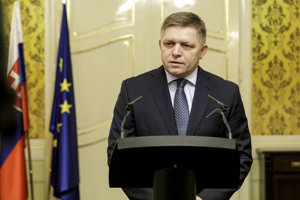 The president is starting talks about the stabilisation of the current situation in Slovakia with political parties on March 6. He is ready to help the country overcome this crisis.

“We have to unite and restore the trust of people in the state,” Kiska continued, as quoted by SITA. “This is what people need to see. For me, the trust means a fundamental governmental reshuffle. We need a government that does not polarise our country, but rather unites it.”

He also responded to rumours of his meeting with Soros last September presented by Fico.

“Let’s not be misled, be distracted from the topic,” Kiska said, as quoted by SITA. “I think the prime minister should gather the remains of his political dignity and deal with what is worrying the country.”