After Volkswagen another carmaker will produce e-cars in Slovakia

The Slovak arm of the French carmaker PSA Groupe may start manufacturing electric cars within some months. PSA Groupe CEO, Carlos Tavares, confirmed this to the Sme daily during a car show in Geneva, Switzerland.

“The production of compact electric cars for the PSA Groupe depends on the CMP platform,” said Tavarer as cited by the daily. “I can confirm that we will install this platform in Trnava.”

The CMP platform is a global platform developed by the PSA Groupe and its Chinese partner Dongfeng Motors for compact and city car models. It enables the production of cars with combustion engines and electric cars on one production line.

The concern confirmed production of electric cars in Trnava for the first time. It has not specified yet which model it will electrify in Trnava. Since Trnava produces Citroën C3 and Peugeot 208, it may be one of these models.

Last year the carmaker in Trnava received an investment stimulus from the Slovak cabinet as a tax holiday of €18.6 million. The carmaker will invest about €165 million in Trnava. The investment project did not mention an electric car, Sme wrote.

Out of the three carmakers in Slovakia, only Volkswagen is manufacturing electric cars for now. It produces the eUP! at its plant in Devínska Nová Ves. 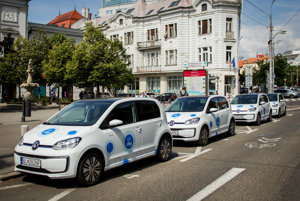 “The automotive industry needs investments not only in production but new products or technologies that will change the industry,” said Martin Jesný, industrial analyst at the Revue Priemyslu magazine, as cited by Sme. “Electric cars are such a technology. Their production is an important step so that the competitiveness of this sector is sustainable for a longer period of time.”