Murder investigation: What powers do foreign investigators have in Slovakia?

Prime Minister Robert Fico has repeatedly referred to the involvement of foreign police teams in the murder investigation of Ján Kuciak and Martina Kušnírová, but what can they actually do? 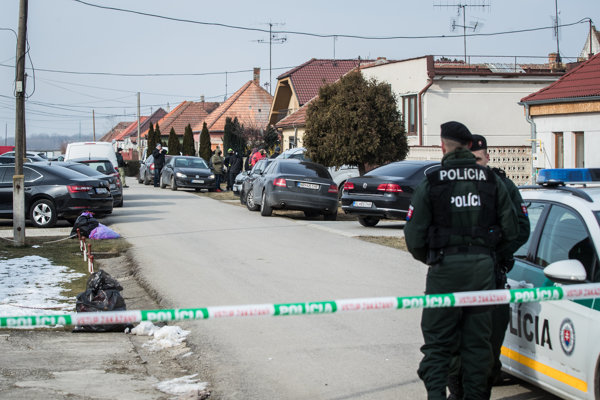 Shortly after initial information about the murder of investigative journalist Ján Kuciak and his fiancée Martina Kušnírová surfaced, the public and international organisations called for a thorough investigation. A petition was even launched, appealing to the European Union’s institutions to investigate the crime, with its authors referring to suspicious links between Slovak government members and Mafia groups.

At the same time, the country’s representatives are defending the work of the Slovak police. Interior Minister Robert Kaliňák and Prime Minister Robert Fico (both Smer) have repeatedly referred to the presence of the police teams from the Czech Republic, Italy and even the FBI, Europol and Scotland Yard.

However, the members of the foreign police forces can only collaborate with their Slovak colleagues. They are not allowed to carry out any investigative measures, nor can they press charges against people, says Jaroslav Ivor, a former investigator who is currently teaching at the Pan-European University in Bratislava.

“The criminal proceedings and related operations are the prerogative of an individual member state,” Ivor told The Slovak Spectator, explaining that only the police officers of a respective country can carry out operations in its territory.

Though foreign investigators and police officers can be present, they can only collaborate with their Slovak colleagues.

The investigation of the murders is being watched closely by the public, but information is rather scarce. Though Police Corps President Tibor Gašpar held the first press conference a few hours after the bodies were found, providing some details from the crime scene, both General Prosecutor Jaromír Čižnár and the prosecutor of the Special Prosecutor’s Office issued an order at the turn of February and March, banning investigators from speaking about the case until the prosecutor allows it.

“The investigator and supervising prosecutor will follow the Penal Code,” said Jana Tökölyová, the spokesperson for the Special Prosecutor’s Office. “In accordance with the circumstances of the investigation, the media will receive summarised information to the extent that it will not hinder further investigation.”

Meanwhile, Fico and Kaliňák have called on people to trust the work of the police officers working on the case. The interior minister stated on March 1 that he is in contact with the most important investigative institutions in the world, and has asked them for help.

“The Czech and Italian police became involved in the investigation on Monday [February 26], while on Tuesday [February 27] Europol representatives confirmed they were helping,” Kaliňák wrote on his Facebook status. “We’ve received the same answer from the FBI and Scotland Yard.”

Fico stressed on several occasions that the investigation has international attendance.

What do the foreign police forces say?

Jozef Bocán, from the press department of the Czech Police Corps Presidium, confirmed to The Slovak Spectator they are cooperating with their Slovak colleagues.