Jewish cemetery in Bátovce being renewed

A remainder of the Jewish community in Slovakia is located in Bátovce, one of many cemeteries that lays testament to the community that once thrived in Slovakia. 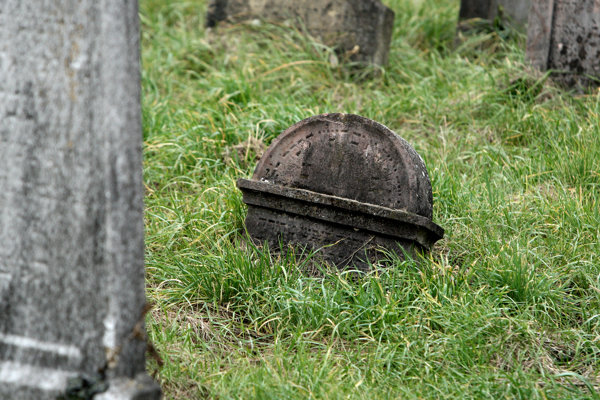 The Jewish cemetery in Bátovce has been in an abandoned condition for years: dilapidated walls, rumpled gravestones, prayer room in pieces, and weeds and bushes everywhere, My Levice wrote.

Many young inhabitants of Bátovce do not even know that there is Jewish cemetery in the village and that a Jewish community used to live there, My Levice reported,

Partial reconstruction was successful in the past with help of the Jewish Religious Community, however, the cemetery has become overgrown again without any maintenance, My Levice wrote.

The village started to clean the cemetery in the beginning of February. At first, access to the cemetery had to be made, My Levice reported.

“We are cleaning the cemetery step by step, at least, what remains. We’ve returned one hundred years later, as we can see from some of the gravestones that have been preserved,” said mayor of the village Peter Burčo, as quoted by My Levice. “We are only at the beginning of our path to renew the cemetery,” he added.

Some of the gravestones have been reconstructed in the past, as the descendants of some of those buried are apparently still alive, My Levice wrote.

“While renewing the cemetery we would appreciate any support and help from the Jewish Religious Community and descendants of the buried,” said the mayor for My Levice.

There is only one mention of Jews in the monography about Bátovce from 1970; in 1919 there were 33 mentions. They had a cemetery and praying room, too, My Levice reported.

While the history of the Roma community there is well documented, there is practically nothing written about the history of Jews who significantly influenced life in the village. The history of Jews in Bátovce ended in 1942, when most of them were transported to death camps. Those who survived did not return, My Levice wrote.

A new monography of Bátovce will begin to be written this year. The Jewish community will get space in it because of its significance, My Levice reported.