Slovak skier Velez-Zuzulová ends her career in a spectacular way

However, her last race on march 10th was a feast for the eyes rather than a true competition.

“I rather improvised,” Slovak Alpine skier Veronika Velez-Zuzulová said about the last World Cup downhill race of her career, taking place on March 10 at Ofterschwang in Germany: she was wearing national folk costume at the time.

Her 183rd start in the prestigious series was an exhibition rather than a true race, the Sme daily wrote. 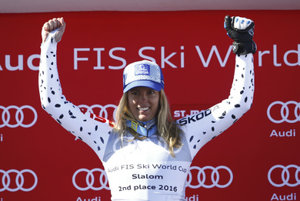 Both Velez-Zuzulová and another departing skier, Austrian Michaela Kirchgasser, wore folk costume. The Slovak racer, moreover, took a few moves beyond the line of the gates and at the finishing line, she stopped and laid down on the snow. She also greeted her father/coach Timotej Zuzula, and her husband, Romain Velez. Then she also said goodbye to the head of the female WC competition, Atle Skaardal.

Velez-Zuzulová told the TASR newswire that her mind will definitely miss all the hustle and bustle of the races and skiing but added that her body needed rest. She also noted that she plans to have children and will probably return to the ski slopes with them in the role of parent and coach. 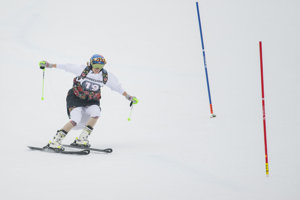 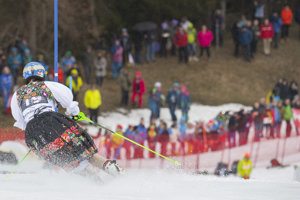 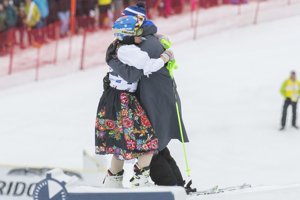 Velez-Zuzlová complained about a very difficult last season marked by an injury but she said that she does not regret anything and is happy to have made it, including to the final race in Ofterschwang. 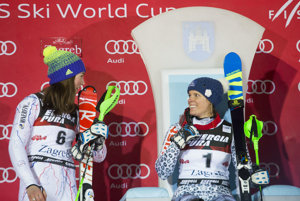 The skier, who helped promote Slovakia in top competitions and also Alpine skiing in Slovakia, noted that despite her career being impacted by injuries, conflicts in the sports organisations and also illness, she is proud not to have given up and to have fought to the best of her ability at all times, which helped her come back repeatedly.

Velez-Zuzulová looked back at her first victory in the World Cup, the WC race at the Slovak resort of Jansá and also other events saying she does not know what she could have done better and that she is content and satisfied, not regretting a minute of her athletic career.

For April 7, she is planning an event at Jasná, as a farewell to her Slovak fans, which will be a parallel exhibition slalom with the partners who supported her, another Slovakia skier, Petra Vlhová, and one selected fan. 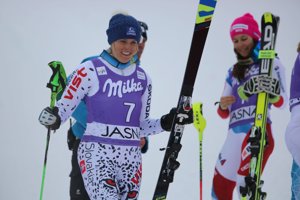 Former rivals of Veronika Velez-Zuzulová, as well as the son of the founder of the World Cup competition, Patrick Lang, praised her performance but also her character, and admired her for her feat in winning despite the poor conditions at the beginning of her career, and for promoting both Slovakia in the skiing world and skiing in her home country.