Ryanair is adding four new destinations to its list of flights from Bratislava this summer.

The Irish low-cost airline, Ryanair, launched a new Bratislava route to Eindhoven in the Netherlands on March 9. This new service will operate twice weekly from the beginning of June, increasing to three times weekly from the end of October, as part of its Winter 2018 schedule.

“We are pleased to launch a new Bratislava route to Eindhoven in the Netherlands,” said Ryanair’s Olga Pawlonka, as cited in the airline's press release.

Earlier in March it announced the expansion of its new route from Bratislava to Malta. It will fly to Malta not only during the Summer Schedule but also during the winter, i.e. from the end of October until end of March 2019. This service will operate twice weekly from March 25. 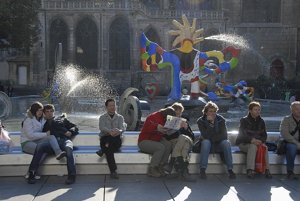 Read also:Ryanair will fly from Bratislava to Paris year round Read more