Slovakia has a total of five Paralympic gold medals

After two days, Slovak Paralympic athletes won five gold medals, one silver and one bronze at the Winter Paralympics in PyeongChang, with the successful ones being Alpine skiers. 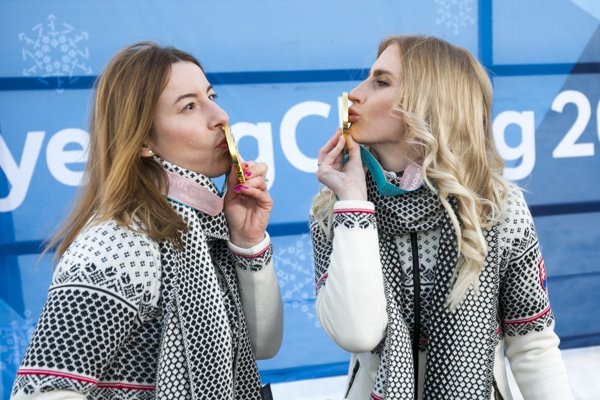 Henrieta Farkašová and Miroslav Haraus added two gold medals for Slovakia at the Winter Paralympics in Korea. Both are from the super-combination of the visually impaired, which took place in the Chongson ski resort on March 12 after a grand total of a super-G and a slalom round, the Sme daily wrote.

As of March 13, Slovakia has five gold, one silver and one bronze medal.

Farkašová won a jubilee 50th medal from the winter Paralympics for her country, while Haraus added the 51st one. In the medal ranking of countries at the WP 2018, Slovakia proceeded to the fourth place, behind the USA, neutral Paralympic Athletes from Russia and Ukraine.

The historically most successful Slovak Paralympic athlete Farkašová with her guide, Natália Šubrtová, achieved a golden hattrick at the Paralympics, after victories in downhill and super-G. In her career, it is the tenth medal from the Paralympics – she has eight gold, one silver and one bronze. She said her ambition was to win five gold medals in PyeongChang.

Miroslav Haraus with guide Maroš Hudík won in the total from the super-G and slalom rounds. For Haraus, this is the first gold from the winter Paralympic games; before, only Farkašová and Jakub Krako had won the gold.

In the current races, Krako and his guide Branislav Brozman were originally third but were disqualified. As for the other Slovaks, Petra Smaržová ended the combination sixth, while Martin France was eight in total.

The Slovak wheelchair curling team still has a theoretical chance to make it to the semi-finals after one victory and one defeat on March 13, Sme wrote.