Slovakia and central-European region to receive millions from EU

A new special fund founded by the European Investment Bank is expected to increase capital investments for SMEs in central Europe. 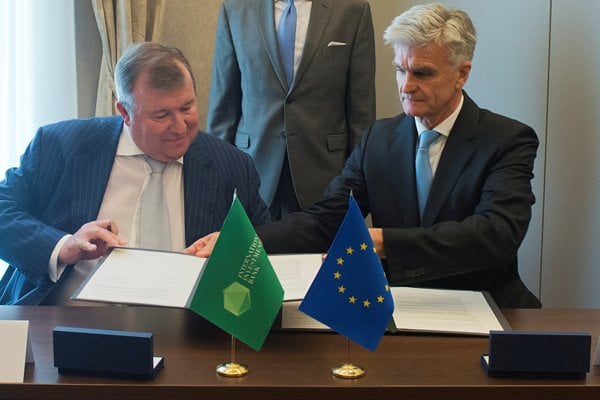 Small and medium-sized enterprises (SMEs) are expected to receive millions of euros via a new fund, the Pravda daily wrote on March 13.

The Central Europe Fund of Funds (CEFoF) is a €80.3-million initiative created by the European Investment Fund (EIF) in co-operation with the International Investment Fund and the governments and national agencies of participating countries, i.e. Austria, the Czech Republic, Slovakia, Hungary and Slovenia. Small and medium-sized companies account for 90 percent of all companies in Slovakia and employ around two thirds of all citizens. Most of them are unable to move to another level and show no growth due to a lack of money. Banks consider them risky and these companies find it difficult to get loans from banks and even if they succeed, they must deal with high interests. The fund-of-funds is expected to increase the capital investments of SMEs in the central-European region, the Hospodárske Noviny daily wrote.

There are different financial options through which the EIB decided to support our region, including capital funds. These help attractive companies develop further. After several years, they sell their shares or keep them and become a partner.

Slovak companies, however, do not use this possibility to a great extent and lag behind others in the European Union in regard to the capital investments per GDP, leaving only Greece behind.

In order to increase capital investments, the European Investment Bank together with the International Investment Fund and participating countries established the Central Europe Fund of Funds (CEFoF) which will provide funds to national funds which will then support SMEs. A sum of 160-200 million euros is to be provided until 2021.

Head of the European Investment Fund, Hubert Cottogni, explained that the fund combines these countries, as they all use very little of this type of financing, and “this region has the common characteristic of lagging behind the development”, he told HN.

What companies can get capital from CEFoF?

Thus, the money from CEFoF can go to venture capital funds, as well as private equity funds. The preferred option is to use them for developing investment teams, however. Even completely new institutions may participate, the economic daily wrote, adding that mainly businesses in later phases of development will be involved.

The selection of firms will be limited by their size but will not be chosen based on their focus or previous profitability, Pravda wrote. The fund-of-funds will create new opportunities for SMEs that want to expand.

The expected investment in individual businesses is between one and eight million euros.

Deputy Chairman of the International Investment Bank Board for Slovakia, Jozef Kollár, noted that whether the projects achieves its goals “will depend very much on raising awareness”. The initiative needs to be made visible for fund managers to really use it, Kollár added for HN, pointing out that regional funds are expected to spread the information.