Fico: There is no mafia in eastern Slovakia

The EP delegation voiced concerns over the trust of institutions, mafia ties with Slovakia’s representatives, and unfriendliness towards journalists. 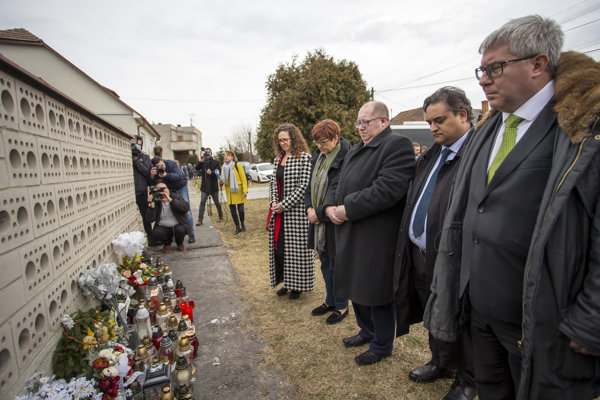 A high distrust in institutions, concerns over the involvement of mafia and the presence of organised crime in the country and politicians creating an atmosphere against journalists are among the key findings of the European Parliament’s delegation, which visited Slovakia on March 8-9.

Following the meetings with the president, the government members, law enforcement agencies, journalists and the representatives of non-governmental organisations, the six-member committee drafted a report published on March 14.

The delegation came to look into the murder of investigative journalist Ján Kuciak and his fiancée Martina Kušnírová, as well as the allegations on misusing the subsidies on agriculture raised by Kuciak.

“We saw a deeply divided country in a difficult situation,” Ingeborg Grässle of the European People’s Party (EPP), chair of the EP Committee on Budgetary Control and co-chair of the delegation, told journalists on March 9.

Kaliňák: Mafiosi do not show signs of organised crime

The meeting with Prime Minister Robert Fico started with him defending the work of the police, claiming that “Slovakia is in the process of the most massive investigation of its history” and that the cooperation “stretches out to FBI, Europol, Italian and Czech police forces and will be further expanded if necessary”. 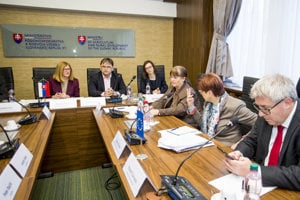 The members of the delegation asked a series of questions, covering the suspicion of mafia activities in eastern Slovakia, the organisation of the investigation into the killings, the absence of protection of the murdered journalist despite his request, and the allegations that the mafia had infiltrated the Prime Minister’s office most notably through his assistant.

“Mr. Fico replied that the very idea the Mafia might have an interest in eastern Slovakia is absurd because there is nothing out there, but he admitted that the possibility to buy agricultural land and to take direct payments under the agricultural policy might be interesting for some,” the report reads. “He raised the question whether it is right to take subsidies for non-cultivated land which might give ground for speculation.”

Outgoing Interior Minister Robert Kaliňák pointed out that Slovakia was not mentioned at all in a comprehensive report of 2013 describing the attitudes of the Mafia all over Europe.

“If there are Mafiosi in Slovakia, they do not show signs of organised crime,” Kaliňák said, as quoted in the report. “The four families which are quoted as having ties with the N’drangheta ‘know’ people of the Italian Mafia, but there is no proof that they are part of the Mafia. Also, there has been some confusion around persons having the same name, but different birthdates.”

As for his assistant Mária Trošková, Fico said that he is not responsible for what she did before she joined his cabinet and that she stepped down temporarily.

Fico further criticised President Andrej Kiska who “without caring of the motives of the murder, is calling for early elections and the downfall of government”. He also repeated his claim that Kiska met with businessman George Soros in New York in September 2017, and questioning this is meeting is very legitimate. 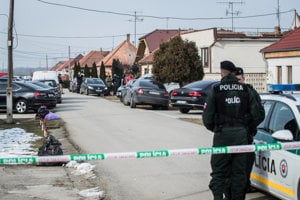 Read also:Murder investigation: What are the powers of foreign investigators in Slovakia? Read more

“Connecting with the demonstrations announced for the following day, he mentioned that the organising NGOs received thousands of euros last year,” the report reads. “He continued that Slovakia is not known for violent demonstrations, but that he fears that the protesters will want to invade the Prime Minister’s office and that he will be confronted with the very serious question of asking the police to interfere or to let them break it down. He suspects that the protesters are looking for raids and injuries, stating that his information from the police is that the demonstrations will be bloody.”

Fico did not abstain from expressing outspoken anger for President Kiska, “because the political struggle between the government and the opposition should take place in parliament, not in the streets”, according to the report.

“Departing from the description that Slovakia is a parliamentary democracy with a strong parliament and a weak president, he considers the president irresponsible to step out of his constitutional role,” the report reads.

Meanwhile, MEPs discussed the double murder and the protection of journalists in Europe at their March 14 plenary session. The main message was that Europol should be fully involved in investigating the murders and the EU should better protect its journalists and whistleblowers.

“We need better legal protection of journalists and their sources, we should protest the personal data of investigative journalists, and take measures against intimidating the journalists,” said Benedek Jávor, Hungarian MEP who represents the Group of the Greens.

As for the investigation, Czech MEP Stanislav Polčák (EPP) said that one of the victims’ mothers voiced concerns over the investigation. Moreover, with his statements, Fico stays in the east and “his statements might legitimise these attacks”, he added.Plenary also discussed Kuciak’s revelations in his last article, published posthumously, about the alleged misuse of EU funds in Slovakia and potential links between organised crime groups and Slovak politicians.

Jávor asked how it is possible that the crimes concerning the EU subsidies have been happening for years without the EU institutions being able to uncover them, while the journalists revealed them in a few weeks.

At the same time, Slovak MEPs for the ruling Smer party were defending Slovakia, saying it should not be described as a country where Mafia groups are active.

Slovak MEP Ivan Štefanec (who represents the European People’s Party in the EP) proposed to name the internship of journalists in EP after Kuciak.