People still trying to save the ruins of Slanec Castle

Most recently, a stairway was repaired in the castle situated close to Košice. 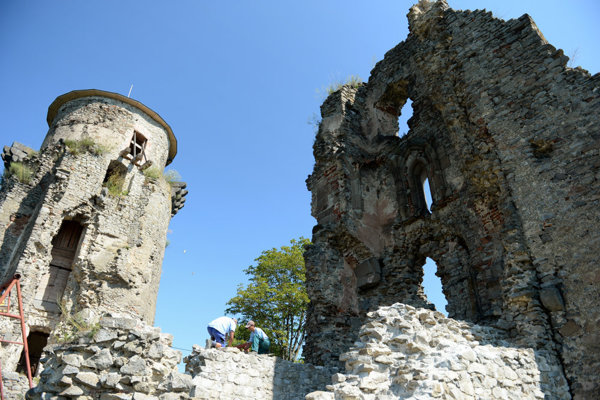 A new stairway has recently been built at the Nebojsa Tower (named after a fearless fairytale hero), which is part of Slanec Castle.

“A wooden spiral staircase between the fourth and sixth floors was fixed,” said Slanec Mayor Jozef Bela, as quoted by the TASR newswire. “It was a difficult process; the carpenters were working on the beams right on the spot. We also started the reconstruction of a fireplace on the sixth floor and the construction of portals.”

The project to save and reconstruct the castle situated close to Košice started in 2012 under the supervision of the nearby village and the civic association. About 20 unemployed people were working at the castle between June and December 2017, with the Culture Ministry allocating €26,000 for the work, TASR reported.

The tower stays closed for now

Nebojsa Tower, which dominates the castle, should be turned into a lookout tower and an exhibition place. Back in 2013, it was roofed, while the sixth floor was added in 2016. However, the tower is now closed to visitors.

“We would like to start with laying the floor on the terrace and installing the handrails,” Bela said, as quoted by TASR.

Apart from these works, the reconstruction of the north-western bastion and the palace wall started last year. 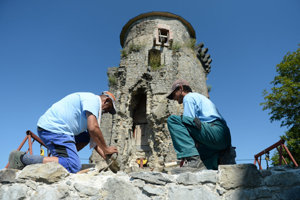 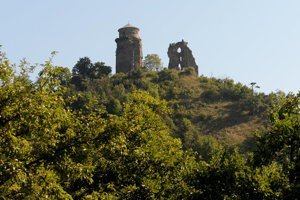 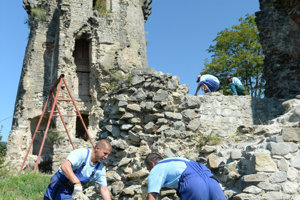 The Gothic Slanec Castle was destroyed in 1679 during the uprising of the Hungarian count Emeric Thököly. It was first restored in the 19th century when the dominion’s owner, Count Forgách, ordered the reconstruction of the tower and opened a family museum there.

The museum closed in 1937. Afterwards, the tower dilapidated and burnt down in 1945, TASR wrote.