Febiofest, the International Festival of Film Clubs (MFFK) is offering most films with English subtitles (labelled AT) this year, as well as making master-classes, discussions and other accompanying events available to English-speakers. 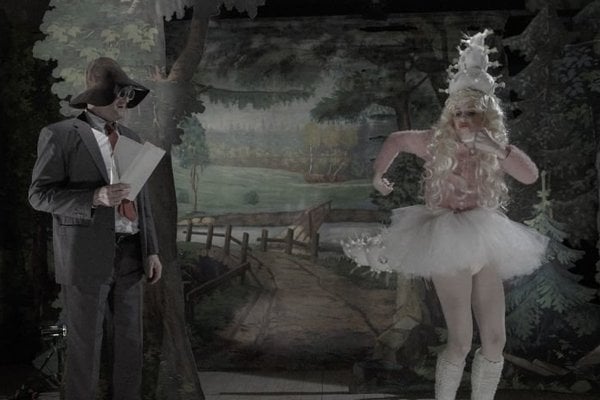 Febiofest celebrates its 25th anniversary this year, organisers noted, and has prepared special treats to mark the occasion.

A total of almost 30 directors will come personally to present their works, while six great movie personages will attend.

The MFFK Febiofest 2018 festively opened on the evening of March 15 with the local premiere (after screening at the Rotterdam film festival) of the Czech-Slovak movie Insects (Hmyz), the latest and last feature film of legendary filmmaker Jan Švankmajer. He and his works have influenced several famous personalities, such as Tim Burton and David Lynch.

For this film, Švankmajer, aged 83, was inspired by the renowned play by Karle and Josef Čapek, Pictures from the Insects’ Life, also known as The Insect play. The surrealist director and artist wrote the script for this movie 45 years ago as a film short.

Why work on a script that is decades old

“Unlike other films – and also visual artworks or poetry – imaginative works do not grow old,” Švankmajer asserted before the premiere in the Lumiére cinema in Bratislava on March 15. “The only thing is that an imaginative film can acquire new meanings as reality changes around. For example, the painting of Hieronymus Bosch are still considered timely and up-to-date and are watched widely, while Rubens is only a document of his era,” the director noted. 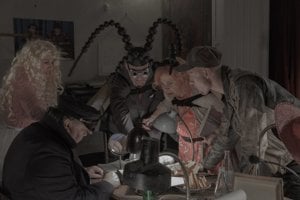 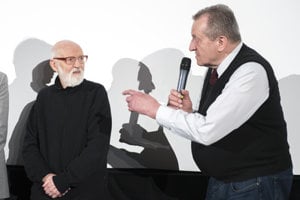 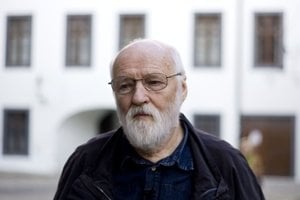 The director recalled that back in the day, he was addressed by a communist official with artistic ambitions to make an animated movie with puppets, based on the play by the Čapek brothers. “I refused it, and told him it only makes sense if actors play in the story of humans turned into insects, and that I only shoot my own scripts. But, as it has happened several times, my unconscious starts independently and against my will to work on something I consider impossible. So after some time, a script for this film came out of my unconscious mind, and I only recorded it.” He added that dramatic advisors dismissed the idea immediately, and now, almost half a century later, Švankmajer succeeded in making it into the movie.

“The real story is about amateur actors, not about the original play by the Čapek brothers,” he added.

Another interesting point is that crowdfunding helped finance this independent movie. In total, about 2,700 people from all over the world raised more than 300,000 US dollars.

What is on offer at Febiofest?

Apart from Švankmajer’s film, attractions include a selection of the latest Slovak movies in the Slovakia – A Country of Film section, for example Flowershop by Belgian Ruben Desiere, the recent documentaries Constructing Slovakia: Winter Harbour by Bibiana Beňová; Elsewhere by Juraj Nvota and Marian Urban; My Name Is Hungry Buffalo by Pavel Jurda; Válek by Patrik Lančarič; The Bright Spot by Dušan Trančík, new feature film Freedom by Jan Speckenbach, and also an older film, Gipsy, by Martin Šulík. Of these films, three have already been shown at festivals in Rotterdam and Locarno, organisers noted. 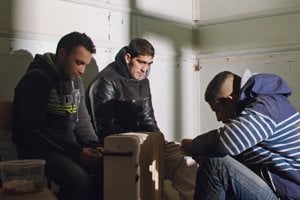 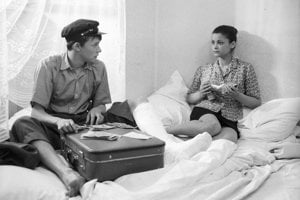 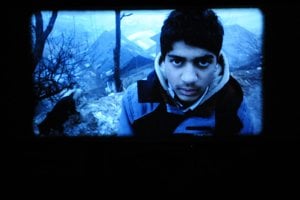 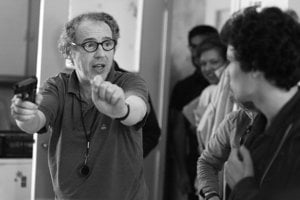 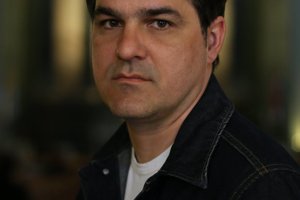 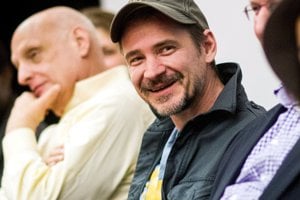 In total, almost 30 directors come to Bratislava to personally present their films and discuss with audiences.

In Bratislava, Febiofest takes place between March 15 and 21 in several film clubs, of which mostly Lumiére offers English subtitles. Outside the capital, the festival visits ten other cities and towns, between March 16 and 29: Trnava, Kežmarok, Levice, Martin, Trenčín, Poprad, Košice, Prešov, Banská Bystrica and Prievidza.

Apart from English subtitles, the catalogue is also bilingual.