After the Agriculture Ministry lifted its embargo, it turned out that the companies of Italians suspected of ties with ’Ndrangheta received subsidies worth millions of euros, through the Agricultural Paying Agency. 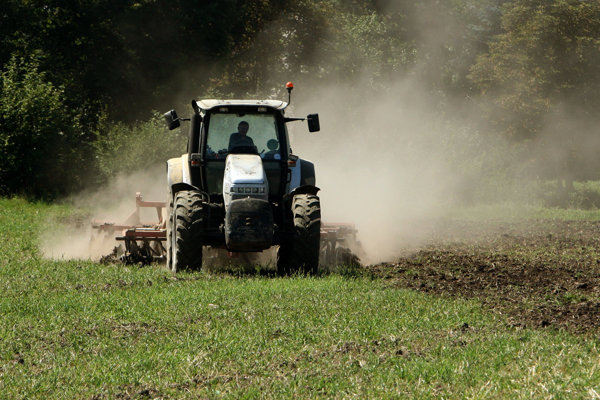 On March 16, the agriculture ministry lifted the information embargo on Italian companies operating in eastern Slovakia. Agriculture Minister Gabriela Matečná (an SNS nominee) and general manager of the Agricultural Paying Agency (PPA) Juraj Kožuch provided the media with the figures on the agricultural subsidies paid out in eastern Slovakia, the TASR newswire wrote.

Since 2004, companies of the Italian entrepreneurs connected with the Calabria-based ’Ndrangheta gang obtained hefty subsidies from the state, Matečná found after analysis. The biggest beneficiaries were Diego Roda and Antonino Vadala and their family members.

The aid involved automatic subsidy payments which are automatically approved when requests for agricultural subsidies are made. The Italians also used state aid schemes and European-Union (EU) funds for the development of the countryside.

Most of the money from the subsidies went to firms owned by Diego Roda who is, according to reporter of the Italian daily La Reppublica Giuliano Foschini, directly from a clan which is a mafia member.

Of the total number of 22 companies connected directly to Roda, Antonino Vadala and their relatives, Diego Roda has been mentioned in thirteen, the Sme daily wrote on March 16. These companies have been paid a total of more than €55 million since 2004, with the biggest amount going to Agrokomplex Humenné (more than €10.8 million).

Roda is not part of the company anymore: in 2016, he transferred it to his daughter Elisabetta Roda and another relative, Daniela Valentina Roda. Elisabetta Roda married another Italian who has enterprises in agriculture in Slovakia, Antonino Vadala.

Vadala is currently in custody, waiting for extradition to Italy; there, he will be prosecuted for cocaine smuggling worth €30 million and money laundering in the name of ’Ndrangheta.

The Agrokomplex Humenné agricultural co-operative cultivates 80 percent of the farmland around the town of Humenné, according to Sme’s information. It receives subisdies without even owning the land but it must cultivate it to be entitled to the payments.

In their case, the PPA refused to accept some of their applications for subsidies, as they failed to fulfil the necessary conditions.

Overall, the companies around Roda and Vadala requested €48.9 million over the 14 years and received €45.6 million. More money has been paid through other types of aid, e.g. state aid or market grants usually paid to farmers after losses caused by frost or poor production. A smaller part of the package is for project support, i.e. subsidies from EU-funds from the rural-development programme.

Apart from being investigated in connection with taxes, Roda is has also been charged in a corruption case and is suspected of cocaine smuggling, Sme wrote.

Aktuality.sk reporter Ján Kuciak, murdered recently together with his fiancée, wrote that the companies of these Italian entrepreneurs obtained more than eight million euros in 2015 and 2016 only and challenged their entitlement. This could be a clue for the investigators of his murder.