More than one half of companies do not assign corporate taxes to non-government organisations. 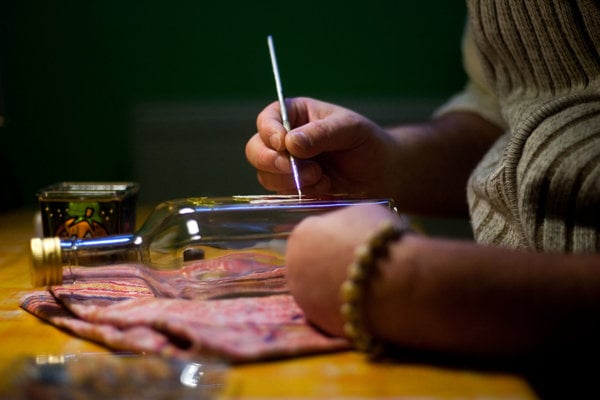 As the end of March and the deadline for submitting tax returns approaches, campaigns of non-profit organisations (NGOs) are intensifying. They call on private individuals as well as companies to pick their organisation for tax assignation. Under this scheme, generally known as 2 percent or tax assignation, companies and employees can choose one of thousands of NGOs and assign it a portion of their taxes which otherwise would end up in state pockets. The sum NGOs receive this way is annually increasing. Still, there is a large share of taxpayers who do not use this possibility.

“As the mechanism of assigning a portion of taxes to support public beneficial activities is taking roots in Slovakia, its revenues are growing too,” said Pavel Hrica from the Pontic Foundation. “This is because an increasing number of tax payers are using it.”

In 2017, a total of 801,718 companies and private individuals assigned €63 million from corporate and income taxes for 2016 tax year to NGOs under the assignation scheme. This was an increase from €61 million for 2015 tax year and €56 million for 2014 tax year, the Financial Administration informed in early February. 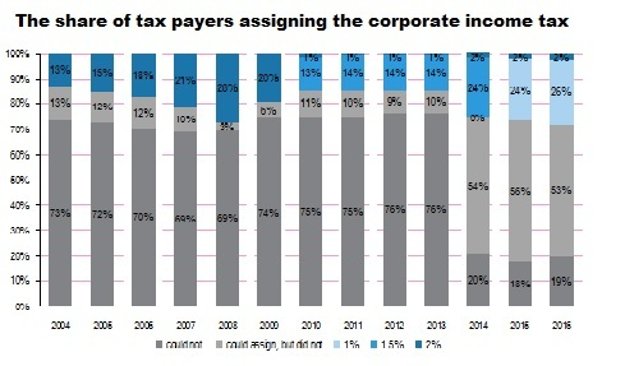 Even though the number of companies assigning their corporate taxes went up by 4,407 to 58,449, the total assigned corporate tax decreased by €1.2 million to €33.3 million.

Thus, it was the private individuals that caused the total assigned tax to increase compared to the previous year. The number of private taxpayers assigning their income taxes increased by 57,112 people to 743,269 when their total assignment increased by almost €3 million to €30.173 million.

Hrica does not see the decrease in taxes assigned by companies as significant. 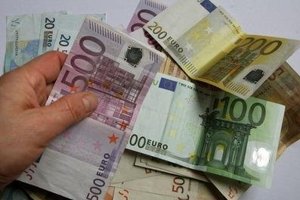 “The decline is not a serious one at all,” said Hrica. “The whole model was set in a healthy and sustainable way and deep trends are positive.”

Assignation for companies and workers

Under the latest changes to the assignation scheme adopted in 2015, private individuals can assign 2 percent of their income taxes or 3 percent if they volunteered for at least 40 hours in the respective year for the respective NGO.