Problems with the cycling route on the Danube embankment 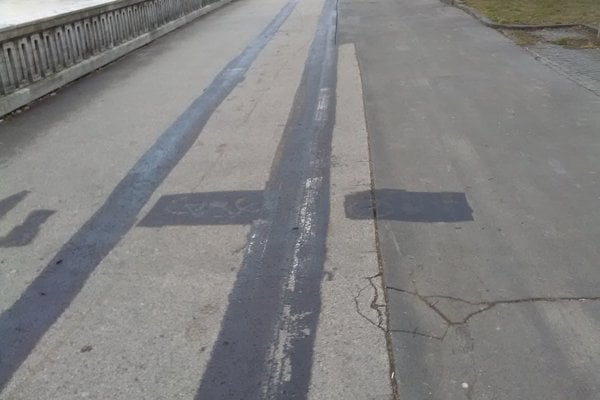 Cyclists and pedestrians should now be even more careful on the promenade along the Danube River between the Lafranconi and SNP Bridges. This is because this part of the promenade has been turned into a shared space for pedestrians and cyclists. Originally, there was a cycling path painted on the pavement dividing it into two parts – one for pedestrians and one for cyclists. Now the lines marking the cycling path have been painted over in black and a new road sign indicating the shared space has been installed.

By alloving this Bratislava city council and the Old Town council complied with a request made by the developer J&T Real Estate (JTRE) who asked for this part of the promenade to be made into a shared space zone, the Sme daily wrote. This solution will be tested for one year.

The action has raised protests from cyclists who want a separated cycle path here. On March 23, the Cyklokoalícia, a non-governmental organisation supporting the development of cycling in Bratislava, organised a protest cycle ride to demonstrate the need for such a path. 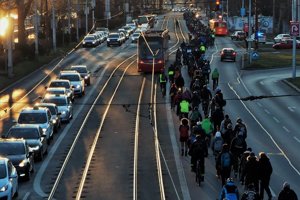 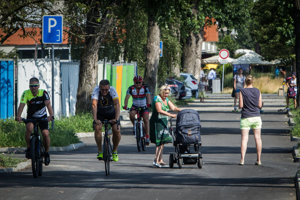 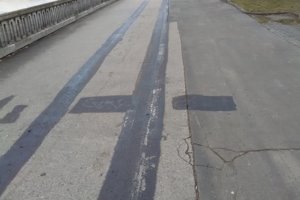 The developer, who is behind the River Park project as well as the planned new development on the premises of the former culture venue PKO, claims that the shared space does not in any way prevent cyclists from using the promenade nor cancels the existing cycling route. This change calls only for greater mutual tactfulness, JTRE wrote in its press release. It claims that it supports the development of cycle transport in the city, but this should develop conceptually and not to the detriment of pedestrians but cars. It sees the shared space as the most secure solution.

Cyklokoalícia does not agree, seeing this solution as dangerous for both pedestrians and cyclists.

“We consider the shared movement of cyclists and pedestrians on one of the main city cycling routes to be an illegal, non-systemic, dangerous solution putting both pedestrians and cyclists at risk of collision,” said Daniel Duriš, president of Cyklokoalícia, as cited by Sme.

Cyklokoalícia is calling for a separate cycling path to be built on the promenade.

The problems with the cycling route on this part of promenade have been coming for two years. Woal, the company linked to JTRE, reconstructed part of the promenade back in 2016. It has not however, marked the cycling path as it was before. The revitalisation of this part of promenade was a condition for building the second phase of the River Park development on the site of the former cultural venue PKO, Sme wrote.

Dana Čahojová, Mayor of Bratislava's borough of Karlova Ves sees the privatisation of the Danube embankment as the cause of the conflict between the interests of the public and the developer who prefers a different type of visitor.

“We are afraid that the shared space zone is a step that will lower the safety of pedestrians as well as cyclists and that its goal is to force cyclists out of this space completely,” said Čahojová, as cited in a press release by Cyklokoalícia, adding that terraces and various seasonal attractions built to the detriment of the corridor in front of the River Park development are also pushing the cycling route out.