Analyst: There are at least 10 Russian spies in Slovakia 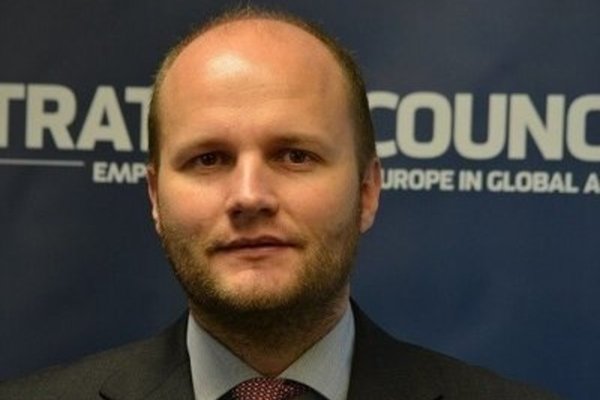 The recent move by the United Kingdom – and other countries in their footsteps – means that British intelligence are certain that there are some spies among Russian diplomats. This was also confirmed when they expelled specific diplomats, security analyst Jaroslav Naď told the Sme daily.

Naď, who is the head of the Slovak Institute for Security Policy, also pointed out that Russian embassies in all NATO and European Union member states have more diplomats than other countries of a similar size.

Slovak intelligence services also know the activities Russian diplomats execute in our country, as well as the political aspect: the Brits have shown that their reasons for expelling are very strong, and that this reaction must come, the analyst explained, adding that the measure of things to be accepted is a crucial issue in this case amounting to an international scandal.

“I can imagine a situation when the Slovak Information Service, or the Military Intelligence Service receive information that a Russian diplomat is carrying out espionage, and taking it further, to a foreign or prime minister who then decides politically,” Naď explained to Sme. “I can imagine that many times, Slovakia decided not to react, to avoid tensions in international relations. In other instances, however, when the situation is unbearable, the states take due steps.”

Naď pointed out that in each country there are more Russian diplomats than from other countries – around 70 diplomats and non-diplomatic staff in Slovakia – while the in the Czech Republic there are approximately 150 people. For comparison, the USA has about 40 to 50 people at their embassy in Slovakia.

“Generally it can be said that 30 to 40 percent of diplomatic staffers of the Russian Federation are undercover intelligence officers,” Naď told Sme.

In Slovakia, Russian spies mostly focus on economic interests – the legal and illegal acquiring of information on measures and steps that may have an impact on Russia – and disrupting the unity of the Slovak establishment that is pro-Western, with the internal goal of questioning the EU and NATO and then boosting the Slovak-Russian ties, he added.

What will the Slovak reaction be?

Naď opined that if 20 or more allies of Slovakia decide to join the UK and expel a greater amount of Russian diplomats, it would be hard for the Slovak Foreign Affairs Ministry not to react.

“I suppose it will join them, but I don’t expect a huge number of people; if Slovakia joins them this could involve one, or two diplomats at the most,” he noted for Sme, adding that it would be a compromise between diplomats really spying in foreign countries, and the need to join Slovakia’s allies.

“Any decision to join our allies is right – even if it involves a symbolic single diplomat. If Slovakia does not join in, it would be a diplomatic mistake,” Naď opines.

However, Russian retaliatory measures can be automatically expected, he summed up.