She has more fans abroad than in Slovakia

The Discovery of the Year 2017 at Radio_Head Awards is the producer nicknamed Changing Faces, aged 21. 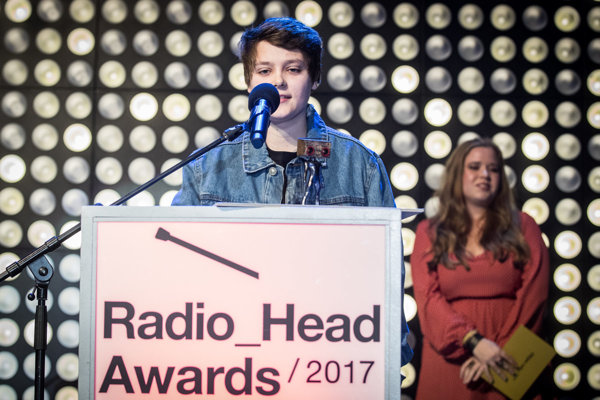 After secondary school, she decided not to continue her studies. Ema Vašková realised that it made no sense, as the only the thing she liked was music. Today, she is 21 and although she lives in Piešťany so far, she longs for an international career.

Vašková issues dance electronic music under the stage name Changing Faces, and in mid-March, she won the Slovak Radio_Head Awards as the Discovery of the Year 2017. She was selected as the best by listeners of the Rádio_FM radio. In the past, national projects FVLCRVM, Bulp and Ľudové Mladistvá won the same prize; the bands are currently established on the Slovak music scene.

It is interesting, though, that Changing Faces already has more fans abroad than in Slovakia.

She never dreamed of going professional

Vašková did not have any role models in her family who were into music but since childhood, she has been very keen on the arts. She first started drawing, later taking photographs, and at 15 she mised the first tunes of drum’n’bass on her computer.

This genre is based mostly on the combination of the sounds of bass and drums.

“I never thought I would work on this as a professional,” Ema Vašková says. One of her friends, however, recognized her talent and taught her to work with a mixing console. She was ready to become a DJ. 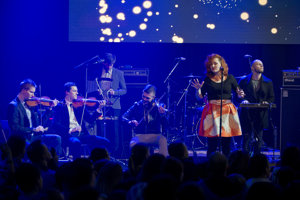 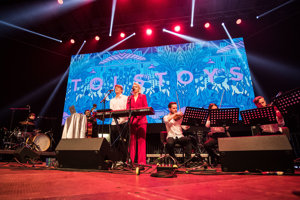 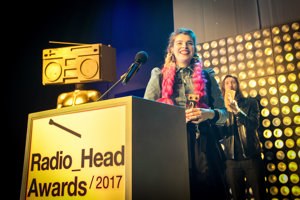 Currently, her works are broadcast on a specialised show by British public radio, the BBC. She has also made contact with the London-based Hospital Records, which issues works of the greatest in this genre. Another Slovak DJ, B-Complex, also collaborates with them.

Recently, Changing Faces has appeared in one of the selection albums of the company, as a collaboration with British producer Matt Gresham, aka Logistics. Ema Vašková considers him an icon, and while working in the UK, she travelled to Cambridge to meet him. She perceives this as her biggest success so far.

“We met three years ago, at one event in Bratislava,” she explains. “I helped organise it.”

A producer can make money on dance music

She met the Hospital Records company at a conference for young talent in dance music, called Beats Evolution, organised annually in Prague.

“Managers of all great publishing houses come there,” she notes. “I played at the conference’s after-party and one of the label’s managers heard me there. He gave me his card and since then, we’ve been in contact.”

For now, Ema still lives with her parents even though she has been considering moving. She says one can make money on playing electronic dance music. “But this is not always true,” she says. “There are months when I have little or no gigs.”

She could garner success similar to Jimmy Pé who managed to become established in the dance club music; recently, he went on tour around China and the USA.

Ema chose her stage name according to her favourite musical piece.

The DJ/producer also opined that it matters what genre of music you make. Ema Vašková opted for drum’n’bass in Changing Faces but if she chose another genre, she may be better-off.

“Even the best drum’n’bass DJs get about €10,000 for one evening,” she says. “This genre is not that mainstream. Those who make house music – for example David Guetta – get totally different amounts of money.“

She originally chose to make drum’n’bass music since she found it very diverse. It has sub-genres, some of which are softer and some harder. “Each one of them has something appealing, and I like all of them,” Ema adds.

Vašková chose her nickname from her favourite tune but later found out that an older US duo has the same one. “Changing Faces is the name of a charity foundation, too. From time to time, we get mixed on social media, and I am tagged in a wrong entry,” she explains. “But it would be silly to change the name now.”

Winners of the Radio_Head Awards 2017:

Debut of the Year: Tolstoys – Botanika

Discovery of the Year: Changing Faces

Album of the Year / Critics’ Award: Nvmeri – I Don’t Think So

For Contribution for Music: Michal Kaščák