Kia has manufactured 3 million vehicles in its Slovak plant

At the end of March, the Korean carmaker marked the three-millionth car produced in the Slovak plant in Teplička nad Váhom. 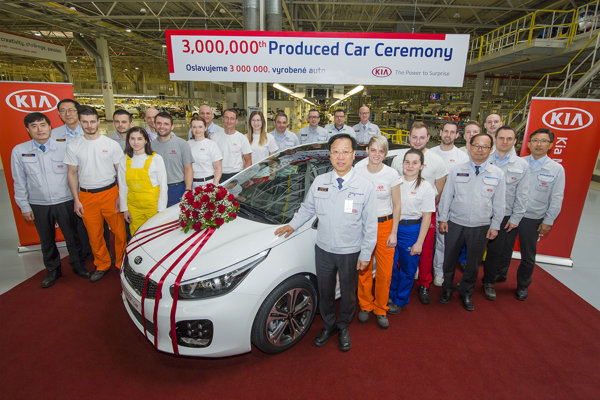 The three millionth car was a five-door Kia cee’d in the GT line specification for a customer in Iceland. It was equipped with a 1.0- litre T-GDi petrol engine. Since its launch, the factory has also produced 4.4 million engines, TASR wrote on March 27. 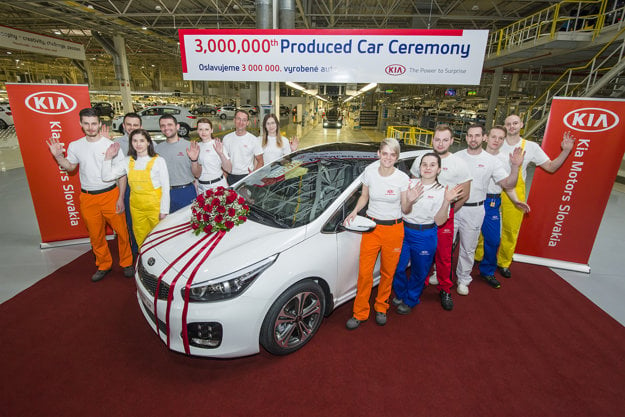 The carmaker produced 335,600 vehicles and 539,987 engines in 2017, which were exported to more than 80 countries worldwide. “Kia Motors Slovakia is the birthplace of three models – the cee’d, the best-selling Sportage, and the compact MPV Venga model,” Bačé said. “Since May 2013, the plant, as the first within a group, has been manufacturing the powerful cee’d GT models for Europe. Overall, the models made in Slovakia make up almost half of Kia’s sales in Europe.”

Generations of cee’d to be enhanced

The cee’d models, designed and manufactured exclusively in Europe and intended for European customers, make up almost half of Kia Motors Slovakia’s total production. “About 1.3 million cee’d models of the first and second generation have been produced to date,” the spokesman added. “The plant plans to launch the production of the third generation in the second quarter of 2018.”

A new study by London Economics, which is a leading independent European consulting company, confirms Kia’s significant contribution to the European economy, according to Bačé.

“Including customs duties, income and sales taxes, Kia contributed €1.2 billion to the budgets of European countries in 2016,” he pointed out. “The study also says that 184,386 people have jobs because Kia also operates in Europe. They are employed either directly by Kia or in the supply chain, sales or distribution. Owing to the Kia Motors Slovakia plant, approximately 15,000 jobs have been created in Slovakia, either directly with the automaker or with its suppliers.”

Kia Motors Slovakia is the only Kia Motors Corporation production plant in Europe. It was built between 2004 and 2006. The carmaker currently employs more than 3,800 people in Slovakia.