The perpetrators might spend one to six years in prison if found guilty. 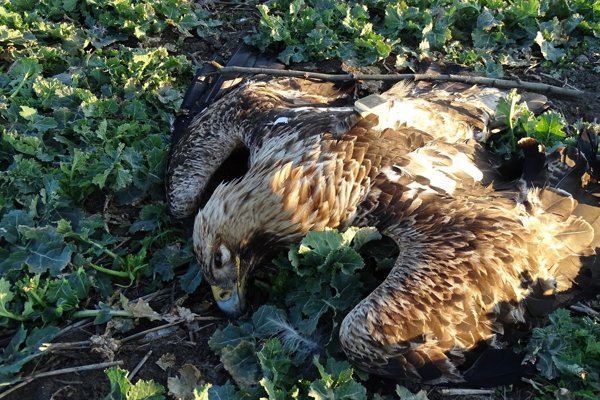 State conservationists have launched special inspections in areas inhabited by rare birds of prey, following the increased number of cases where poisoned animals were found close to municipalities in southwestern Slovakia.

Just during the past week, a female eastern imperial eagle from Hungary was found poisoned close to the village of Malý Cetín, and four white-tailed eagles were discovered in the district of Šaľa (both in the Nitra Region). Most recently, the police informed the public about two new cases from the Nitra Region on March 29, involving common buzzards and the western marsh harrier.

“All crucial measures are aimed at reducing the risk of this serious deed,” said Martin Lakanda, head of the State Nature Protection of Slovakia (ŠOP SR), as quoted by the SITA newswire. “The employees of ŠOP SR, in cooperation with the relevant subjects, are carrying out a special inspection of affected areas and will intensify the guarding of selected localities.”

He asked people to help them with investigation of similar cases.

It is possible that the birds were poisoned with Carbofuran, one of the most toxic carbamate pesticides. As a result, Lakanda recommends people not to touch the animals, if they find any, and report the discovery to the police.

The police has launched an investigation of these two recent cases. The perpetrators might face prison for one to six years if found guilty.

Since 2012, altogether 44 protected bird species have been poisoned in Slovakia, with the total damage amounting to €120,000, SITA reported.