Our shared values are the cement of the European Union. Let us defend them!

Political evolutions in our countries have shown than we need more than ever to reassert our shared commitment to the respect for rule of law and of human rights, writes Belgium's Deputy Prime Minister and Minister of Foreign Affairs. 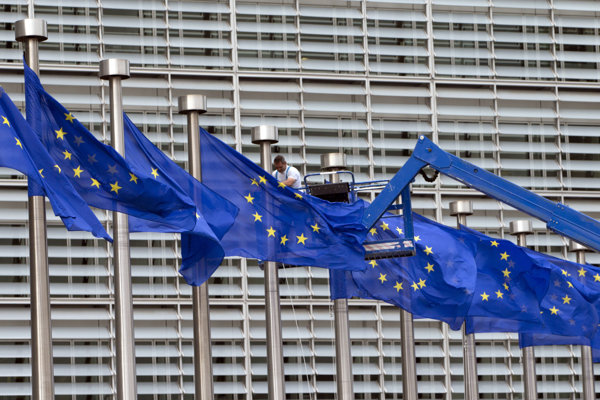 This year was marked by various electoral processes, with one common feature throughout: a dramatic increase of populist parties. Sometimes flirting with one or the other extremes of the political spectrum, populist parties advocate the rejection of the other, national retrenchment and the abandonment of the European project. In some cases, those tendencies could be stopped, in others it is not so sure… We are not out of danger. We have to remain alert in order to avoid that certain fundamental values of our democracies, those on which the European Union was built, would be undermined.

These values lie at the basis of our commitment to being a member of the European Union. They are the cement of the Union, on which European solidarity, our external credibility and our common future are based. It is not a Polish or Hungarian issue. Threats are present in Belgium and in all European countries. Let's look at the migration crisis or the terrorist attacks. Those events have inspired such a feeling of insecurity that it brought about the risk of adopting measures that would affect our democratic achievements and the rule of law.

Today more than ever, we must proactively move forward within the European Union on topics that are fundamental to our society: defense and security, but also a common migration policy which recognizes the principle of shared responsibility and solidarity. We must deepen the Economic and Monetary Union, work on the Banking Union and reinforce economic governance. Furthermore, our citizens expect us to develop a genuine social Europe.

In this constantly changing context, I have been pleading for the last two years for the creation of a stock-taking exercise of the situation of human rights in all the Member States of the European Union. Candidate countries are closely scrutinized for their economic records but also for their respect of good governance and rule of law, as part of the “Copenhagen criteria”. But it is striking that, after the accession, Member States' economic and budgetary situation continue to be regularly monitored by the Commission, but the respect for democracy, rule of law, human rights and minority rights is not looked at anymore. I was pleased in this regard to note the importance that the Commission attaches to the rule of law in its Strategy for the Western Balkans published on February 6 of this year.

This is why I believe it is essential to assess annually the situation of human rights and of the rule of law within the Union, through a peer review. Through this regular review, risks of abuse could be identified at an early stage and corrective measure could be proposed in time. Each Member State could ask questions and make recommendations. Although the specific details of this mechanism have yet to be defined, a few principles can already be brought forward: a political mechanism, where all Member States would be treated on an equal footing. Such a mechanism would prevent us from having to wait until the situation has escalated to the point of having to trigger the procedure foreseen in Article 7 of the Treaty on European Union. Article 7 of the Treaty, if implemented, could lead to the suspension of a Member State, in the event that a violation of the rule of law is established. But the procedure for its activation is cumbersome.

We need such a mechanism in order to reaffirm our desire of being Europeans, but also to remain credible and legitimate on the international stage given the very active role played by the European Union to defend human rights worldwide.

Political evolutions in our countries have shown than we need more than ever to reassert our shared commitment to the respect for rule of law and of human rights. The introduction of a dialogue within the Union on these fundamental rights would make this possible while strengthening the credibility of the Union on the international stage. This initiative has already gathered the active support of at least half of the European Union's Member States as well as the European Parliament. The Commission has also announced an initiative on the rule of law this year, and I am very pleased about it.

For its part, Belgium will continue its efforts to convince more Member States and maintain the momentum created by the launch of this proposal. It can also count on my personal commitment.