Drucker understands public's "emotions" but is taking his time to act

Smer deployed its ministerial crisis manager to handle the situation in the interior ministry, but results are slower than the public is ready to tolerate. 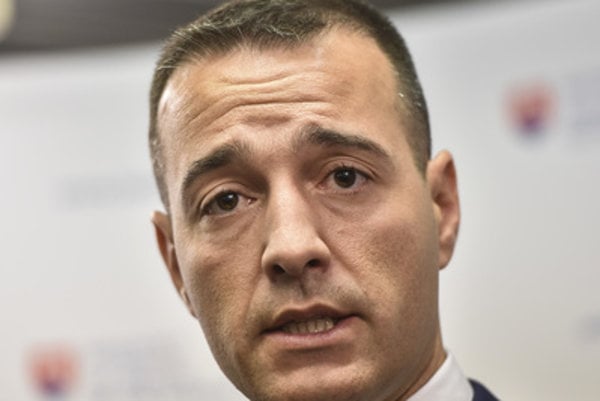 After the resignation of Robert Fico and his government, when it is clear that early elections have become an unlikely solution to the political crisis in Slovakia, the main question everyone expected the answer to was: Who would become the interior minister?

With the Coalition Agreement unchanged, the top job at the interior ministry was to be filled by Smer, still led by Fico. It took the new prime minister, Peter Pellegrini, two attempts to convince President Andrej Kiska that his nominee was able to handle the most controversial department. He persuaded Tomáš Drucker, the man whom Smer chose to lead the Health Ministry two years before, to jump ship and apply his crisis management skills in the interior this time.

“I understand the current situation, emotions, state and I’m ready to act,” Drucker said after he officially accepted the nomination, as quoted by the Denník N daily.

Shortly before Easter, the head of the police’s National Anti-Corruption Unit, Robert Krajmer, resigned from his post, owing to the pressure on his resignation from the outside. That, however, remains the only consequence within the police corps so far.

What is expected of Drucker?