The best female basketball team in Slovakia comes to an end

The team is currently fighting for its 15th national championship title. 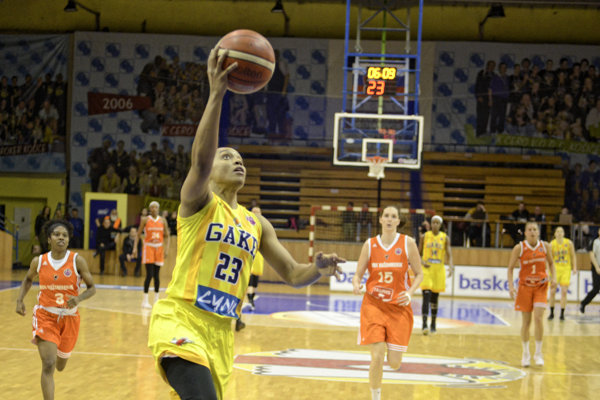 The starting final series against Ružomberok will be the last for the Good Angels Košice team in Slovakia’s female basketball play-off.

The Good Angels franchise will definitely come to an end, but not the basketball club as a whole. It will be replaced by the Young Angels team in the next season, confirmed the team’s general manager Daniel Jendrichovský. He said there were several obstacles for the team to continue in the competition.

“Only the future will show whether the Good Angels will return,” Jendrichovský said, as quoted by the SITA newswire.

During its long career, the team has won 14 champion titles in the Slovak highest competition, and wants to add the last one in the current season.

“It will be a nice challenge for other teams to break this,” Jendrichovský added, as quoted by SITA.

The team is not going bankrupt

The general manager did not want to specify the reasons for finishing with the club, which he had been building also on the international scene. However, he openly said that the quality professional sport cannot be done in Slovakia.

“I had hoped that the law on sport will change, that the priorities of the city of Košice will change and that the arena we are playing in will have a future, but it did not,” Jendrichovský said, as quoted by SITA, adding that he will now devote his time to 250 children on 14 teams.

He stressed that the Good Angels team is not going bankrupt and that it will leave behind no debts.

The Young Angels team, replacing the Good Angels in the play-offs, will probably not remain in the Angels Arena since it closes on June 1. The team will work in semi-professional conditions, according to the Kosiceonline.sk website. Though it will continue playing in three junior competitions, it will not attend the FIBA Europe Cup or prestigious Euroleague Basketball.