Even though the organisers of the For a Decent Slovakia gatherings have not protected the brand yet, they still have a chance to prevent the party using the name. 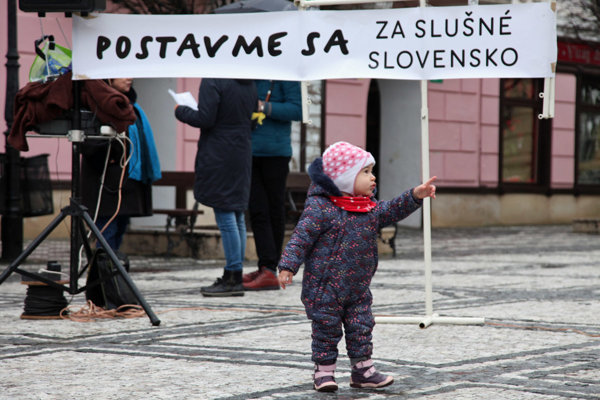 For a Decent Slovakia might soon become the name of a new political party. It has nothing to do with the organisers of the protests held under the same name across Slovakia and abroad. The organisers consider the step vulturistic, an unpleasant surprise and an abuse of the brand.

They repeated that they have no plans to create a political party.

“We’ve turned to the lawyers as we consider it vulturistic,” one of the organisers, Juraj Šeliga, told the Sme daily. “People are calmly gathering here and are saying that no political party will be created, and then somebody comes and abuses this brand.”

What does the new party want?

The first to report the plans to create a new party called For a Decent Slovakia was the Hospodarske Noviny daily. It recounted that the proposal was submitted by Radko Olej, Magda Želeňáková and Peter Hradoň. Želeňáková worked as the spokesperson for ex-agriculture minister Ľubomír Jahnátek.

The party wants to be an opposite to the ruling Smer party, according to Želeňáková. She considers the reshuffles in the previous government insufficient and claims that the Agriculture Minister Gabriela Matečná (SNS nominee) is Jahnátek’s crony.

She has not discussed her intention with the organisers of the protests.

“The organisers have clearly shown they are apolitical and don’t want to found any political party,” Želeňáková said, as quoted by Sme. “They haven’t even registered [the brand].”

Organisers want to protect the brand

Though the organisers of the gatherings have not tried to protect the For a Decent Slovakia brand until now, there is still a chance to do so. Slovak legislation enables them to protect it. 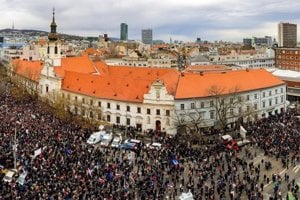 “They have to prove that the second party knew that the brand belongs to somebody else,” Katarína Baďurová, partner at Majlingova & Partners and patent representative in Slovakia, told Sme.

However, the experience of Slovak politicians from the past shows that people abusing well-known names can benefit from it, the daily reported.

The Interior Ministry meanwhile published an announcement on March 29 that the party’s founders had already started collecting signatures to register the party. It will now protect the brand for them for 180 days.

Since no other party has used the name before, the ministry does not see a reason for not registering the party under this name, reported Sme.

The party meanwhile submitted a request for the brand’s protection to the patent authority. The organisers can challenge it and prove that the party did not come up with the name and has no right to use it, Sme wrote.