The award celebrates companies pursuing responsible and fair business, inspiring others to do the same. 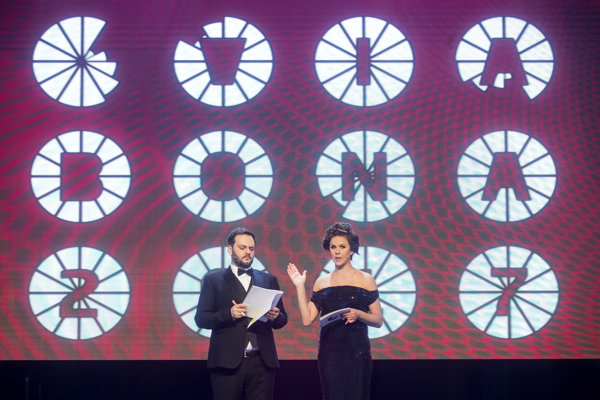 Helping to increase interest in original Slovak literature, running an electric taxi service, reminding young people about the revolution in 1989, or improving the health conditions in Roma communities. These are only a few examples of the projects with which companies active in Slovakia voluntarily help their neighbourhood, employees or the business environment. For their achievements, they have received the Via Bona Slovakia awards for 2017.

“In contrast with the current situation in our country, it is excellent to see that it is still possible to do things in a responsible and fair way," said Lenka Surotchak, executive director of the Pontis Foundation, during the award giving ceremony in Bratislava on April 10. "Companies can change Slovakia for the better by how they behave towards their employees, environment, suppliers or local community. Sometimes, a small thing is enough to bring a big change. This is what this year's winners of Via Bona awards show us."

The ceremony took place in Stará Tržnica in the Old Town and was also was attended by Wendy Luers, founder of the Foundation for Civil Society, the predecessor of the Pontis Foundation. President Andrej Kiska, who is on an official visit to South Korea, greeted the audience via a video speech.

In total, 48 small, middle-sized, and large companies submitted a project in the 18th year of the competition.

Now it is active in taxi services, using vehicles with purely electric engines. As a result, they do not produce any CO2 emissions and dust particles.

“We decided to promote e-mobility in a slightly different way and add some fresh air to it,” said Marcel Lukačka, executive director of GO4.

The project, launched in June 2017 with seven e-taxis, has already seen positive results.

“We managed to reduce emissions, noise and dust particles in Bratislava and its surroundings,” said Jozef Petráš, project manager at GO4.

Listening to employees is important

“I don’t work in a grocery store, I work for Lidl” is one of the mottos used in the campaign retailer Lidl launched in 2016 to strengthen ties with employees and improve the position of its brand in the market.

The new strategy under the slogan “I’m Lidl too” was created following interviews with employees on how they view the company.

Subsequently, 11 concrete employees were chosen to represent the company on billboards situated across the country.

“To see their colleagues unafraid of providing their face to promote the Lidl brand was very motivating for our employees,” said Mária Potánková of Lidl.

Reminding young people about the revolution

Young people today can hardly imagine being banned from travelling to, for example, Austria or being stopped at a heavily watched border. Most of them do not even know why November 17 was declared a national holiday, and become more vulnerable to accepting extremist and racist opinions.

“I’m convinced that companies are no longer just the providers of services or products, but a brand with opinions they can further share,” said Peter Gažík, head of O2 Slovakia.

With this in mind, they created a symbolic Iron Curtain on November 17, 2016. Customers browsing foreign websites could read: “Warning, state border, access denied”, which gave them a glimpse of what life was like before November 1989.

In addition, customers crossing Slovakia’s borders received a special text message, informing them that such move was considered a crime before 1989.

Health assistants help outside Slovakia, too

High sickness rates and low hygiene standards inspired GlaxoSmithKline Slovakia (GSK) to join forces with the Association for Culture, Education and Communication (ACEC) and launch a project to improve the health conditions in Roma communities in 2008. It started in two eastern Slovak villages: Svinia and Jarovnice.

Since then, they spread to other localities as well, one of which is Košice’s infamous neighbourhood Lunik IX, which has the highest density of Roma inhabitants in Slovakia.

“Our health assistants are inviting them to preventive medical checks, treating injuries and raising awareness,” said Miriam Kejzlarová of GSK.

They also help people with chronic diseases, measure blood pressure, and supervise the taking of prescribed medication.
The project has spread to other countries like Hungary, Romania, Serbia and Bulgaria. GSK is collaborating with relevant non-governmental organisations.

Programming in the Star Wars environment

IT company Accenture is increasing the interest of children, especially girls, in studying IT. Through its unique project it shows teachers how children can learn to programme in an entertaining way. The pupils can, for example, programme in an environment that interest them, like Star Wars.

The project was initiated by company’s employees, who attended the Hour of Code global movement. They soon realised it is not enough to teach one lesson on informatics in schools to increase the interest of pupils in this field.

“We decided to move this initiative to another level,” says Alena Kanabová, director of the corporate responsibility department at Accenture.

Their free training has been attended by more than 230 teachers so far.

Apart from that, Accenture is focusing on girls, encouraging them to study IT. Their interest often drops at secondary schools, where they are affected by various prejudices. To reverse this trend, they try to explain what it means to work in IT and show some concrete examples of successful women working in this field, Kanabová said.

IT company Accenture believes that diversity helps achieve better results. To keep people from various groups, they try to improve the environment they work in. This is also true for LGBTI employees.

Accenture offers these employees family benefits, and removes potential prejudices towards the community.

The LGBTI employees receive family benefits even though the Slovak legislation lacks any provisions supporting them.
The company also organises lectures to improve the position of LGBTI people at work.

Food for the needy

Category: Award for a Contribution to Meeting Sustainable Development Goals

Food retailer Tesco was one of the first firms to respond to the 2015 call of the Netherlands to create a coalition to reduce food waste by 50 percent by 2030.

“In the V4 region, we throw away 1.5 percent of food from our shops,” said Veronika Bush of Tesco’s communications department. “This number may seem low, but since we have 13 million customers a week, the number amounts to more than 49,000 tonnes a year.”

The retailer fights waste by offering food that has passed its expiration date but is still good for consumption to people in need.
The retailer joined forces with the Food Bank of Slovakia, to which it donated 313 tonnes of food by September 2017.

It also contributed to the purchase of a vehicle that is delivering the food, and covers some logistics costs.

Moreover, the retailer launched the “Perfectly Imperfect” project, which offers selected fruit and vegetables whose shape does not meet store standards for a discounted price.

“We are taking vegetables and fruit from our suppliers that do not meet usual visual standards with the aim of reducing waste,” Bush said. Last year, they sold 450 tonnes of this foodstuff.