Accident at STU was not a fire but smoke

The alleged fire on the technology university's roof that alarmed Bratislavans was “smoke created during research activities”. 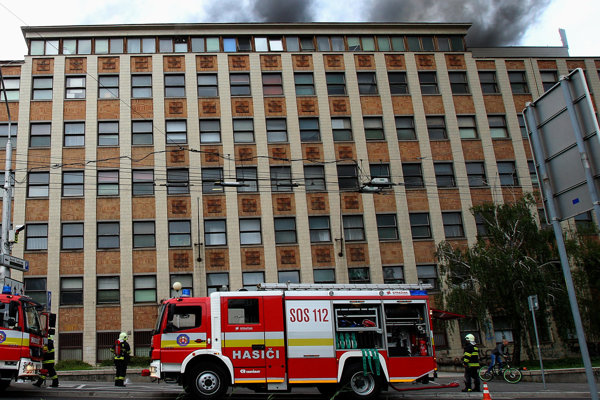 The fire reported on the morning of April 10 – shortly before 9:00 – on the roof of the Slovak University of Technology (STU) in Kollárovo Square in Bratislava was a false alarm in the end, the Fire- and Rescue Corps (HaZZ) in Bratislava informed the TASR newswire. The information stating a fire has not been confirmed.

“A greater amount of smoke arose during research in the laboratories of one faculty, and the smoke was sucked through the vents, from the roof to the outside air,” STU spokesperson Andrea Settey Hajdúchová reported. “These were the inorganic technology laboratories where scientists develop new metal materials.”

Firefighters arrived and searched the area, the interiors, and tried to find the origin of the smoke, HaZZ informed. They also checked the presence of dangerous substances in the air. 34 firefighters and nine vehicles were deployed.

“Lessons and other work activities at the faculty duly resumed right after the fire brigade checked the building,” Settey Hajdúchová added.