The sighting took place in a location the birds used to frequent. 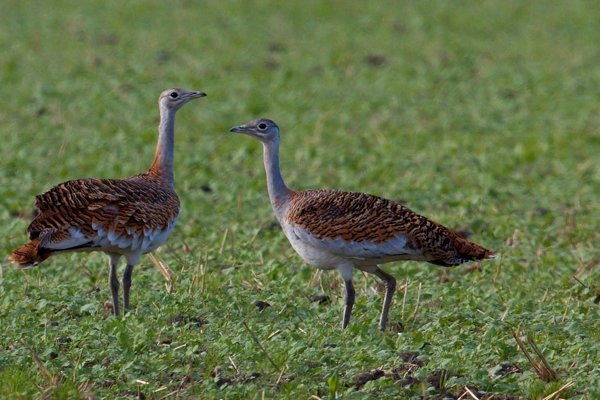 A great bustard, a large bird, was spotted near Bánov village near Nitrianska pahorkatina after 30 years. The great bustard had completely disappeared from Slovakia, as noted by Roman Slobodník from Raptor Protection of Slovakia.

“It is estimated that several hundred pairs used to nest in Slovakia,” said Slobodník, as quoted by the SITA newswire.

Disappearance due to changes

Drastic changes in agricultural methods, such as using chemical substances, establishing large-area monocrops and growing unsuitable crops, brought the decrease of the nesting population to a complete disappearance, added Slobodník.

Besides that, in the second half of the last century, electric networks started to cross the countryside in the flight trajectory of bustards that resulted in no known nesting of bustards since 2000.

“This beautiful bird disappeared from Žitný ostrov as well as from Nitrianska pahorkatina and other areas,” said Slobodník for SITA.

The only exception is irregular nesting in two locations in the southwest of the country, according to him. It is possible to see flocks of bustards in certain areas of the Slovak border with Austria and Hungary, mainly in the winter.

“503 bustards were counted there this year,” Slobodník related, as cited by SITA.

Observing bustards in Nitrianska pahorkatina after 30 years is very precious, according to Lucia Deutschová from Raptor Protection Slovakia. The observation spot near Bánov village is part of the Protected Bird Area Dolné Považie where bustards used to live.

“It is the perfect piece of news that may bring other measures to create conditions for the species’ return,” Deutschová said, as quoted by SITA, adding that this discovery showed that the genetic memory of birds may send them back to historical localities to check whether everything is ready for their return.

Raptor Protection Slovakia, in cooperation with ZSE Energia (Western Slovak Energy), is appling measures to increase the visibility of power lines in order to protect birds from collision.

The great bustard is the heaviest flying bird in the world; the highest confirmed weight of an adult male is 22 kilograms (48.5 lbs). Bustard females are smaller, with a maximum weight of five kilograms (11 lbs). The great bustard is a grasslands non-migrating species that needs enough insects, rodents, amphibians and reptiles to raise their young. 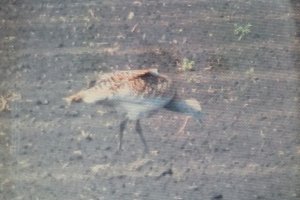 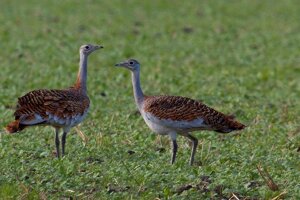 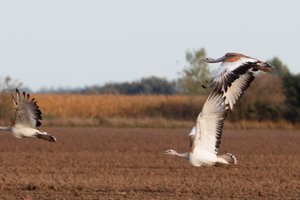