Drivers with damaged cars due to pothole need to persuade courts that the pothole surprised them. 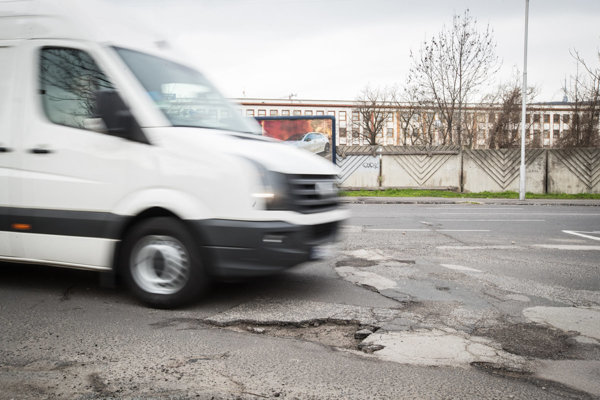 Karol Kovár is an influential Bratislava lawyer well known for being administrator of the bankrupt estate of the mafia boss JurajOndrejčák, aka Piťo. In August 2012, he tore his car tire as he drove over a paving block, part of a pothole on Sliačska Street in Bratislava.

The repair cost him €125, which he tried to pay from insurance, but insurance company refused to do so because his insurance did not cover such damage. His company, Adelante, turned to the Bratislava municipality, which is responsible for the road, pointing out that there was no sign warning of the potholes and that the driver could not avoid the paving block. It stems from a publicly available judgment of the District Court Bratislava I. 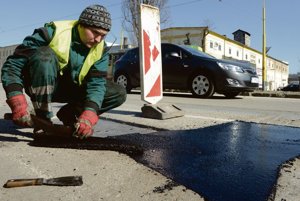 The city argued that the accident was not sufficiently documented, and the hole along with the paving block was structural damage that could not be removed through normal maintenance. The court did not accept the arguments of the city.

“Even the argument that the driver was able to avoid the obstacle could not be proven,” the decision says. The city had to pay Kovár damages with interest on late payments and court costs of €133.

The case is a demonstration of how to proceed in the case of damage related to a pothole. The roads disrupt drivers every year, especially in spring. The reason is that road maintenance do temporary repairsof the worst holes after winter, but those holes appear again after the next winter.

The long-term problem with potholes and related damages and injuries gave rise to various activists trying to deal with them on their own.

Cars have occasionally created short traffic jams in a narrow bend on Čučoriedkova Street in Bratislava in the mornings since March.

At first glance, the drivers have feeling that someone in front of the line is turning, so they have to stop to wait for him. But after a while everything is clear. Deep holes on the road are so close to each other that it no longer makes sense trying to avoiding them. People drive there very slowly trying to not damage their cars.