The country’s economic success depends on investment in education, young people and innovation, Andrej Kiska said during the very first visit of a Slovak president to South Korea, where he met with his counterpart. 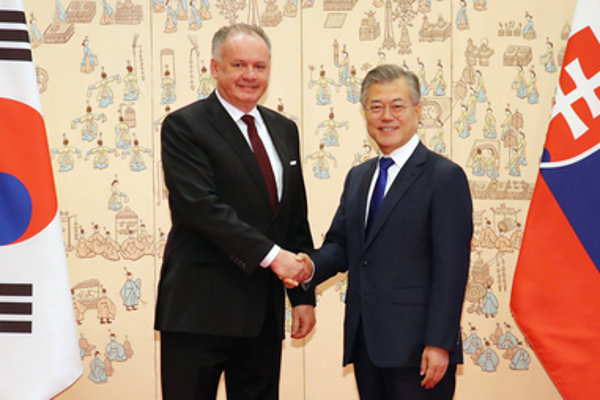 South Korea is an extremely important partner for Slovakia, Slovak President Andrej Kiska said on April 10, after meeting South Korean President Moon Jae-in in Seoul as part of his official visit to the country. “More than 50 percent of investments from non-European countries have come from South Korea, with over €2.5 billion invested and more than 100 companies having created thousands of jobs,” said Kiska, adding that Slovakia is also viewed as a successful and reliable partner for South Korea.

In order for the country to be among the world’s most advanced economies, investments in education, young people and innovation are needed, the Slovak president stated, as quoted by the TASR newswire. 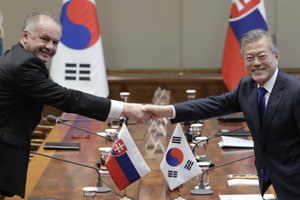 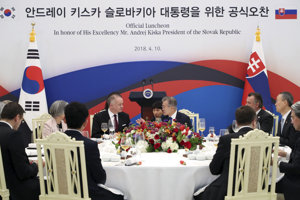 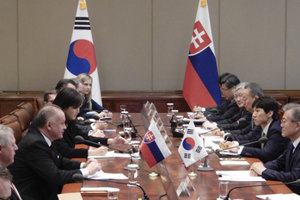 “Fifty years ago, South Korea was one of the poorest countries in the world while now it’s among the eleven most developed global economies,” Kiska said. “We profoundly discussed how to achieve this.”

Regarding the upcoming Inter-Korean summit due to take place later in April, Kiska and Moon Jae-in concurred that dialogue is extremely important in this regard. “No intimidation, but dialogue and the seeking of peaceful solutions,” said the Slovak president.

His South Korean counterpart welcomed the fact that in the short history of bilateral relations, Slovakia and South Korea have managed to developed these relations consistently. Moon Jae-in expressed satisfaction that many Korean companies, including Kia Motors and Samsung Electronics, have been actively doing business in their home country while achieving positive economic results in Slovakia as well.

“After joining NATO and the EU, Slovakia was able to achieve political stability and rapid economic growth,” Moon Jae-in noted. “You have been nicknamed the Tatra Tiger, and your country contributes to international peace and security,” he added.

After their meeting, Kiska honoured the soldiers killed in the Korean War by laying wreaths at the National Cemetery in Seoul.

Thank you for singing up. Shortly an email will be sent to the address you provided to verify your e-mail.
Error! Please try to register again later, your e-mail was not registered.
Your email is not in a correct format.
Please confirm you are not a robot.
Share on Facebook (58)