Work will continue until the autumn. 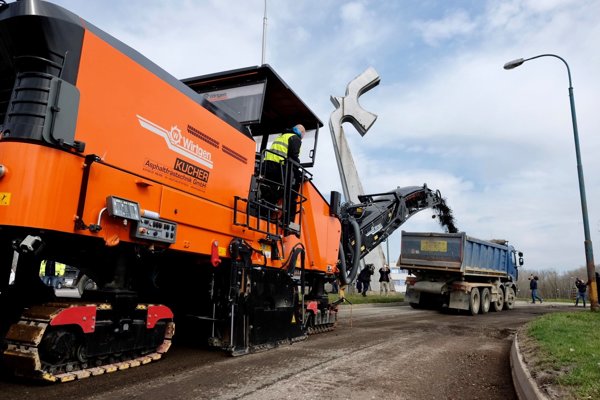 Bratislava will test the patience of divers during the following months as it starts an extensive reconstruction of the roads. The most used roads will get completely new surfaces not only patches as in previous years. The works may slow down the traffic and create traffic jams. They are planned to last until the autumn.

The city will reconstruct a total of 100 kilometres of roads this year. Out of the costs projected at €16 million, Bratislava city council will cover €7 million while the remaining €9 million will be a state subsidy.

The biggest portion of the works is projected for the summer holidays, i.e. July and August but work will also take place during the school year on work days as well as at weekends.

The city has not revealed an exact timetable of the individual works. It will inform about related traffic limitations on the fly.

Works have already been launched on Dolnozemská Street in Petržalka as well as Bajkalská Street in the boroughs of Nové Mesto and Ružinov.

The city will reconstruct 12.5 kilometres of Bajkalská's road lanes with the plan to complete the works on May 21. Dolnozemská Street should get a new look by mid-May too.

Those roads to be reconstructed this year also include Brnianska, Račianska and Roľnícka street. Part of the reconstruction package is also building 200 barrier-free adjustments to road crossings for pedestrians, the reconstruction of 19 kilometres of pavements and the improvement of 26 public transport stops.