The concert film Distant Sky – Nick Cave & The Bad Seeds Live in Copenhagen will be screened only April 12, worldwide. 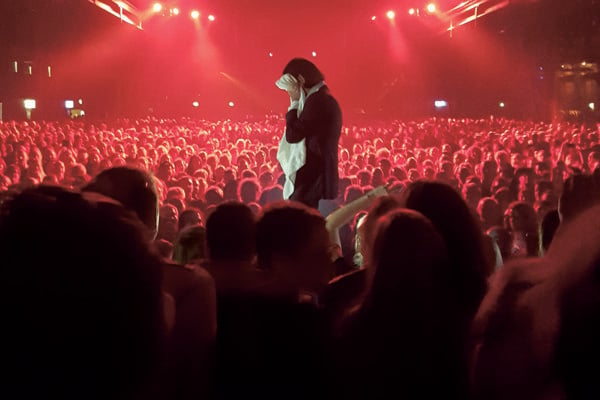 The film Distant Sky – Nick Cave & The Bad Seeds Live in Copenhagen, which captures last year’s show in the Royal Arena in Copenhagen, will be screened in a unique event on April 12 in cinemas around the world.

In the Lumière cinema in Bratislava, it will be shown at 19:30 and at 22:10, within the Music & Film cycle that offers visitors cinematographic delicacies from the music world.

Distant Sky includes pieces from the latest album, the Skeleton Tree, as well as classics from Nick Cave and his band's repertory.

This is the third time Australian musician, singer and songwriter appears in Lumière within the Music & Film cycle; after the Nick Cave: 20,000 Days on Earth (2014), Nick Cave: One More Time with Feeling (2016) was screened at the cinema. The most recent film is a recording of a October 20, 2017 concert from the Copenhagen stop of the eponymous tour, directed by David Barnard, who specialises in musical documentaries.