Is this the last of the iconic Machnáč sanatorium? 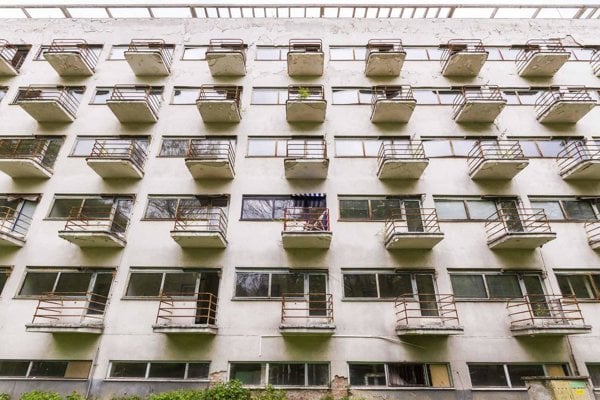 “We were making fun with Matúš Dulla, that while their book on the Bratislava crematorium is about the building where survivors come to bid farewell to the deceased, our book on the Machnáč sanatorium is about a building that is dying,” said architect Martin Zaiček. He is one of the authors of Off Season, on this prominent example of modern architecture by Czech architect Jaromír Krejcar in Trenčianske Teplice. It was closed down in 2002 and even though it is a national cultural monument it has been decaying since.

But the book is not only about the fading beauty of the sanatorium, but about spa architecture in then Czechoslovakia, the prospects such buildings conceal for their further usage as well as how a national cultural monument has turned to ruins.

“It is exciting reading with many discoveries,” said architecture theoretician and historian Henrieta Moravčíková on the book’s release in mid-January, recommending it not only for architecture experts but the general public. 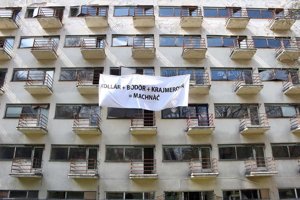 Apart from texts by architects on the sanatorium itself, it contains memories of architect Antonín Tenzer, one of Krejcar’s closest co-workers, on working on the Machnáč project, memories of Marcela Blašková, the chief physician who used to work at Machnáč from 1970 until 1990 as well as an account of the bohemian and eventful life of leftist architect Krejcar himself. All this makes the Slovak-English book, containing photos by Andrea Kalinová, Peter Kuzmin and Radana Somor, excellent reading.

For Zaiček it probably started at the very beginning with the book by Moravčíková and Dulla entitled Architecture of Slovakia in the 20th Century. The authors dedicate a rather large section to this piece of architecture. Later, in 2011, he came across the Abandoned (Re)creation art workshop organised by Andrea Kalinová. It created a space for young artists to respond to the fact that while the spa town of Trenčianske Teplice abounds with quality spa architecture of the 20th century, with the Zelená Žaba (Green Frog in English) swimming baths designed by the Czech architect Bohuslav Fuchs and the Machnáč sanatorium as the best examples, these were closed and turned to ruins after the fall of the communist regime.

Zaiček later joined Kalinová and they organised a variety of specific installations and events under the auspices of Abandoned (Re)creation to honour this building. One of them was, for example, restoring a room for guests into its original form to show how smartly it was designed.

The book was named Off Season to reflect the condition the building is in now, the peak of their efforts for now. 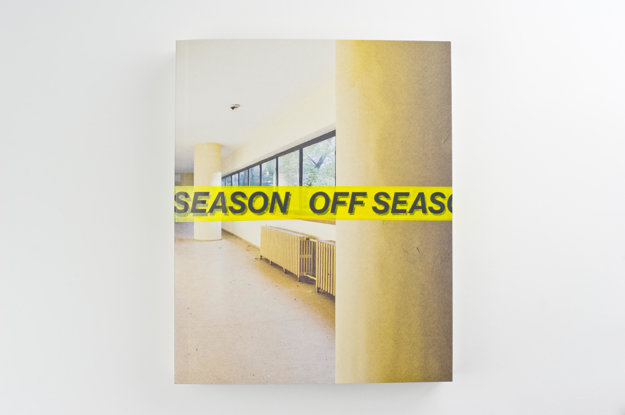 The Off Season book (Source: Courtesy of Abandoned (Re)creation)

“The idea of the publication came up in an attempt to immortalise the cultural and historical value of the Machnáč sanatorium, whose fate and survival are currently unclear,” said Zaiček.

While Zelená Žaba was reconstructed in 2015 and is in operation again while the merits of its restoration remain in doubt, the latest information about the sanatorium is rather sad. After its owners have failed in attempts to rebuild it into a five-star hotel, it seems now that they have left it to fall apart to make space for a new construction.

Why is Machnáč so precious?

The Machnáč sanatorium ranks among the most precious works of architecture built in Czechoslovakia during the interwar period and it is a significant example of European functionalism. It was designed by the Prague architect Jaromír Krejcar (1895-1950). When compared to similar buildings abroad, the Paimio Sanatorium in Finland is mentioned, designed by Finnish architect Alvar Aalto.

“The architectural solution of this unique building is a celebration of technological and social progress, embodying its creator’s humanistic vision,” said Zaiček.