The three exhibitions that opened in mid-March in the gallery on the artificial peninsula of the Danube river close to Bratislava offer one Austrian and two Slovak artists. 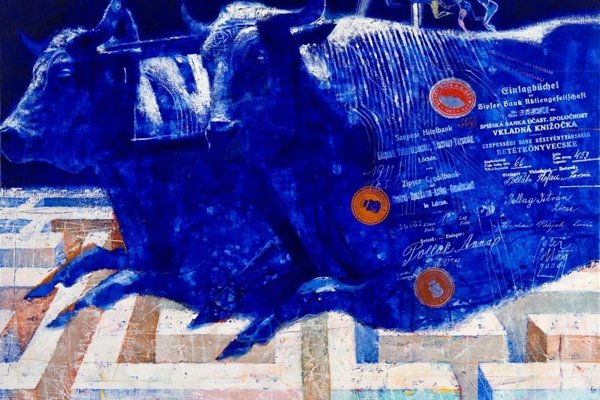 Peter Pollág is the author of the Danubiana emblem, and also of the sculpture called Danube Wings at the tip of the peninsula which welcomes visitors. This year, he turns 60, and this, together with the 20 th anniversary of his intense career, is the reason for the exhibition.

The current one, called Europa Domus Pacis and curated by Mária Horváthová, is an overview of his paintings and sculptures spanning two decades. His biggest piece of art – a painting representing a map of Europe re-created on the floor of the gallery’s main hall – also marks the 100 th anniversary of the end of World War I and stresses the crucial importance of peace in lives of individuals as well as whole nations.

Influential and renowned contemporary artist, Pollág is an excellent colourist, while also using bold gestures to capture attention. “However, a closer look reveals a distinct network of lines and coordinates creating the floor plan for the plotting and modelling of the skeletons of his figures,” curator Horváthová writes, adding that his creation “is a thoughtful and rationally perceived “topography of the terrain”, his personal and mysterious coordinates of space and time on the map of life... which appear in the form of distinctive, mostly black relief drawing, as a negative imprint in a colour mass, and fine hatching in the layers of colourful pastes”.

Pollág is also an exceptional figure painter, poet and storyteller who “creates paintings that speak to you, surprise you, stun you and force you to stop and think... Only a closer look reveals that even the most noteworthy of them is hidden in their depth, in a spiritual dimension of thought, sealed in colour and paint and the surface of the painting like a magical code which reveals the essence of things and phenomena, uncovers layers of time and unfolds thousands of stories,” according to Horváthová. 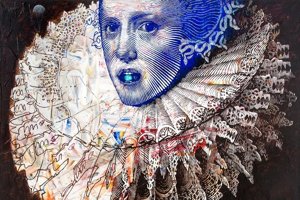 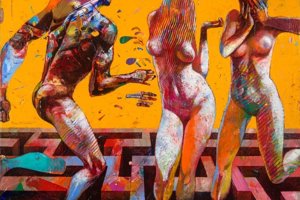 Founder (together with Vincent Polakovič) of Danubiana, Dutch art connoisseur, collector and patron, Gerard Meulensteen, recalled how he was captured by the work of an artist strange to him long before the idea of Danubiana was even born, back in 1994. He bought it for his office where it was later discovered by the artist’s (Peter Pollág’s) friend, Vincent Polakovič. Still later, Pollág painted a portrait of Meulensteen from a small picture and their relationship was sealed. The project of an international museum of modern art in Slovakia got ever clearer contours, and in 2000, Danubiana opened.

Several of Pollág’s works are a permanent part of the museum’s collection and are also exhibited but currently, a vast selection of them have been added to spread across several rooms.

The exhibition Shaky Times by Austrian painter Xenia Hausner is a different cup of tea: big-sized paintings, inspired by photographs (some of them well-known or widely publicized) combine political personages and historical events with intimate relations and private lives of individuals.

“All are narrations about the world we live in,” the brochure accompanying the exhibition writes, adding that “Xenia Hausner paints people, delving without sentimentality into the failures her protagonists experience, constructing a shorthand from daily life focusing on love, loss and the insecurity of our presence in our times. Her works depict society – they are deeply personal and yet radiate far beyond the parameters of the individual”. 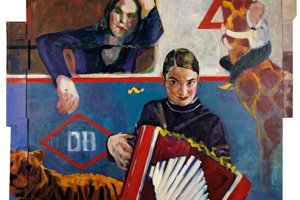 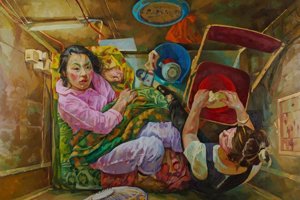 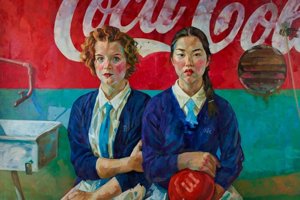 Hausner, coming from a family of artists and exhibiting all over the world, depicts “ambiguous scenes, which she develops through elaborate scenarios involving various characters, that merge into a seemingly fleeting moment captured as a painting. Hurt, love and loneliness become the subjects of vigorous, dramatic moments”. The partners of this exhibition are the Austrian Culture Forum and Galerie Zimmermann Kratochwil.

Last But Not Least

The third artist to exhibit in Danubiana – until June 10 – is Slovak Igor Piačka. His illustrations from books, as curated by Ľudovít Petránsky and Called Illusions, help readers expand their fantasy and let themselves be captured and transported into a distant world connecting the narrations with the individual, in limitless imagination. 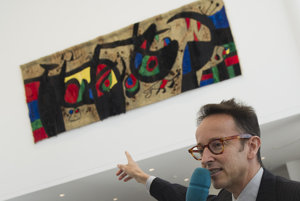 “... talking about the illustrations of Igor Piačka... One cannot get lost with them, no matter how hard you try,” Petránsky wrote, adding that “his drawing brilliance, inventive compositions and cultivated combination of realism and decorative elements are as unquestionable as the fact that Federer is the best tennis player of all time”. Yes, Igor is an essential figuralist and just as in his paintings he also develops his artistic program of dynamic realism in his illustrations, albeit in smaller spaces, the curator sums up. 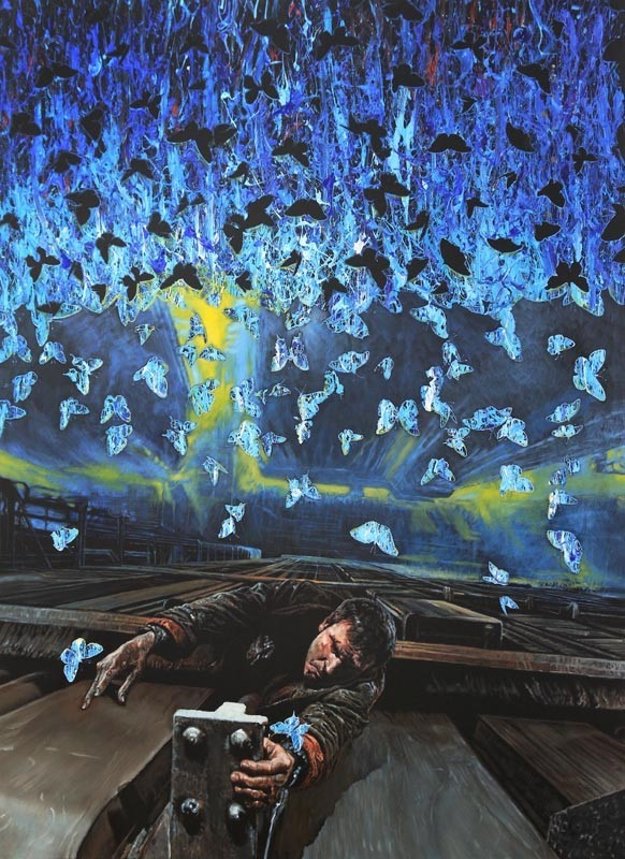 The Thousand and One Nights, Stories of Dragon Emperors, the Bible or The Sorcerer’s Vacation by Július Balco – these are just some of the most famous illustrations by Piačka.

All three exhibitions can be seen in the Danubiana Meulensteen Art Museum daily except for Mondays, until June 10. At the weekends, during good weather, boat trips are organised from the Personal Harbour in Bratislava on the Danube river, while individual car drives or bus No 90 from the new Slovak National Theatre (SND) building can bring visitors to the gallery at all times.