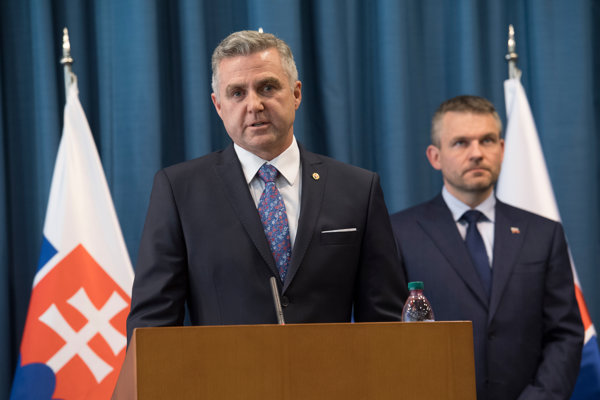 As of May 31, Tibor Gašpar will no longer serve as Police Corps president. 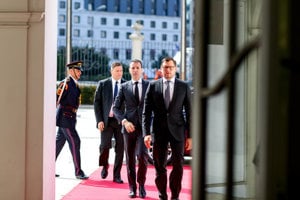 The decision was announced by Prime Minister Peter Pellegrini, who was authorised to lead the Interior Ministry after Tomáš Drucker officially resigned from the post on April 17.

“This was another hard day,” Pellegrini told journalists.

As he stressed, Gašpar will leave following a mutual agreement. Pellegrini thanked Gašpar for serving as Police Corps president for the past six years, saying that the ministry “is loosing a great professional”.

As for Gašpar's date of the departure, Pellegrini stressed that the Police Corps president cannot leave “today, tomorrow or next week” as it would destabilise the police force. 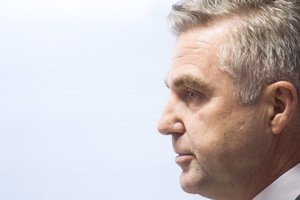 Read also:Gašpar: I will fight this fight to the end Read more

Pellegrini also wants to find a new interior minister soon. The new minister will then choose the new Police Corps president, who should be a professional who understands the work of police and is not linked to any political groups. He/she should also be a person that will not raise any doubts, the prime minister added.

Earlier today, Gašpar said he would step down only if the outgoing interior minister or his successor asked him to. During the press conference with Pellegrini, he said that the prime minister asked him to do so. At the time, he had already planned on the possibility of leaving post.

Gašpar believes that his departure will calm down the current situation. 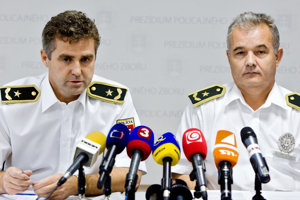 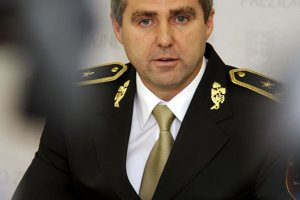 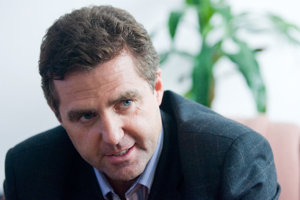 The career of Tibor Gašpar in pictures (23 photos)

The government needs to start working

Gašpar’s departure is a small step, while the government needs to start working, said President Andrej Kiska. He welcomed the fact that Pellegrini became personally involved in the changes at the Interior Ministry.

“The departure of Police Corps President Gašpar at the end of May is a necessary condition for Pellegrini’s government to try to calm down the situation in society,” Kiska wrote in his Facebook status.

It is absurd that we have been stuck in discussions over the dismissal of the Police Corps president for weeks only because “Gašpar has missed all decent opportunities to leave”, the president continued.

The president also stressed that the selection of the new interior minister will be important as the trustworthiness of the whole government depends on the steps of the Interior Ministry and its ability to nominate trustworthy people to top police posts.

“People expect clear signals that politicians understand their dissatisfaction, outrage and reasons for their distrust in the state,” Kiska added.

The coalition Most-Híd party considers Gašpar’s departure a necessary step for restoring the trust in police, said its spokesperson, Klára Debnár, as quoted by the Sme daily.

Veronika Remišová of the Ordinary People and Independent Personalities (OĽaNO) hopes that the new interior minister will nominate for the post of Police Corps president a professional without links to financial groups or oligarchs.

They need to restore the public’s trust and efficiently deal with criminality and corruption, she stressed for Sme.

Some politicians have questioned the date of Gašpar’s departure from the post. According to Ľubomír Galko of Freedom and Solidarity (SaS), the fact that he will stay in the post for another month raises suspicions that he still wants to sweep something under the rug.

“He should have resigned immediately,” Galko said, as quoted by Sme.

The organisers of the For a Decent Slovakia protests do not understand why Gašpar will not leave until the end of May. They promised to continue monitoring his steps in the post until he leaves.

“All decent people who care about Slovakia can be proud of themselves,” they wrote in a press release, adding that their pressure has already resulted in the departure of Robert Fico, Robert Kaliňák and Tomáš Drucker from their posts.

They also hope that thousands of decent police officers will have a new president without any doubts from the public.